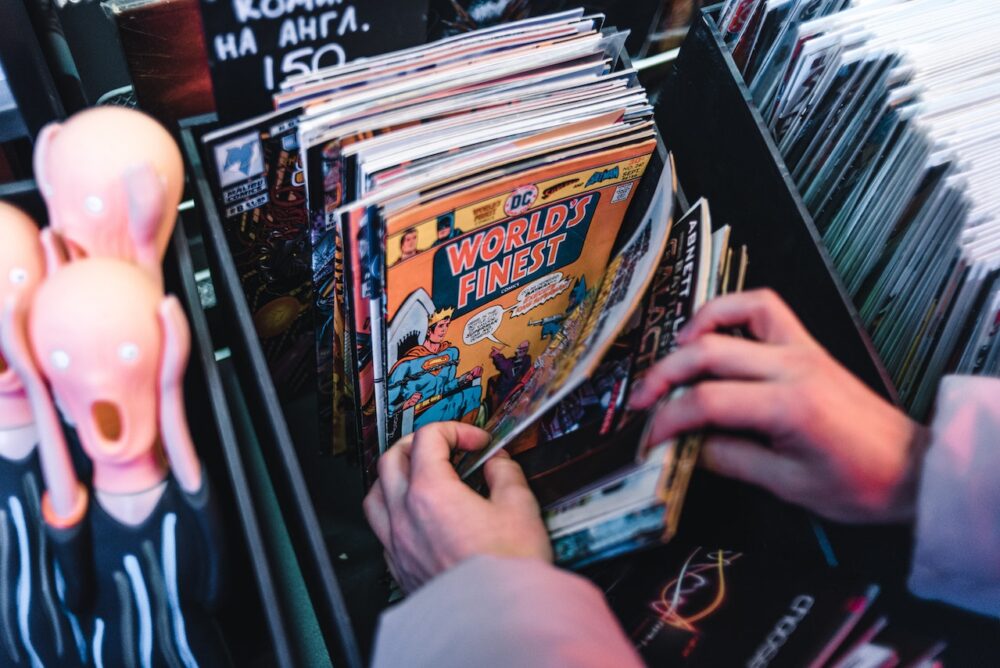 I think Henry Cavill was aesthetically perfect for portraying Superman. But for a myriad of reasons, it didn’t work out. And soon, the DCEU will have a new actor portraying a younger Superman. I did not like 2013’s Man of Steel starring Cavill. But in a small segment featuring cable news talking heads discussing Superman, a character said, “Every act on this Earth is a political act.” That line is a great transition to help casual readers explain why politics are inextricably tied to comic books and why The Good Asian #10 would make a great investment as a collectible.

As I will soon explain, The Good Asian is an incredible comic book. It is incredibly written and drawn. The comic book deftly upends every stereotype and trope affiliated with detective noir stories and repurposes them in a stunningly poignant manner.

Imagine classic detective noir characters like Dick Tracy, Mike Hammer, or Philip Marlowe featuring an Asian man as the lead tough guy character, and you get The Good Asian

The characters and the story and the setting presented in this comic book will unnerve you, haunt you, and stay with you long after you finish reading this story. And deservingly so.

Comic books are the most political things on the planet. Why should you care about that? Comic books mirror the reality and politics of the era they are written in. The first comic book featuring Captain America, Captain America #1, printed in February 1941, features Captain America punching Hitler in the face.

The comic book was published in the midst of WWII.

Understanding the politics of an era in which a comic book was published could help you intuit its potential value as a collectible. But these comics also act as time machines of past zeitgeists.

And that is the beauty of The Good Asian #10 – it informs the reader of a disgraceful and purposely unmentioned past era in American history that is being recreated now; the oppression, subjugation, degradation, and otherization of Asian immigrants and Asian Americans.

The main character of The Good Asian #10, Edison Hark, is a Chinese-American detective operating in an era where Asians are interned, segregated, and terrorized by racist Americans.

I highly recommend this comic book for reading and as an investment vehicle for collectors.

The Good Asian #10 is the closing chapter of a 10-issue limited series. If you don’t read the nine preceding issues of The Good Asian, then you will be completely lost.

I highly recommend that you buy the series as a separate issue or a trade paperback. It is a highly rewarding reading experience you won’t regret.

To understand why The Good Asian is such a triumph in comic book literature, we must first briefly explain the inextricable link between politics and comic books.

If you have ever heard anyone complain about “forced diversity,” “wokeness,” or “SJW,” in comic books, it’s because there is a faction of comic book fans that are aggressively against seeing non-white characters in leading roles. (And these critics are not all racist white people either.)

It’s interesting that people who are so used to seeing only white characters in comic books would feel threatened by characters like Black Panther or the cinematic version of Namor being portrayed by a brown-skinned Mexican actor.

Jim Crow laws, which segregated and limited the life opportunities of African Americans after the Civil War, were in place from the 1870s until 1965. Jim Crow laws penetrated every facet of American society, even comic books. It’s no damn coincidence that T’Challa, The Black Panther, was first published in Marvel Comics in 1966.

Every act on this planet is a political act.

And that is why the diversity of comic book characters being heralded today is a thing to behold. It was not always like this. It is an incredible feeling for non-white people to see themselves mirrored in a superhero that everyone loves.

And that brings us to The Good Asian #10. This comic features a Chinese-American detective working in an aggressively racist time sometimes to the detriment of his race.

The comic book is set in 1936. Chinese people were the first foreigners legally banned from entering the United States. In 1882, the Chinese Exclusion act was passed to bar Chinese people from entering the country. There was wild, racist hysteria running rampant in this era that Chinese immigrants were vectors of disease, criminals, dangerous, and out to steal jobs from real Americans (white people).

From 1942 to 1946, over 127,000 Japanese immigrants and American citizens were jailed in internment camps during WWII.

These shameful episodes in American history are purposely not mentioned for a reason. You may not know about it.

The Good Asian #10 features an Asian American lead to upend the “White Savior” trope in entertainment and to bring light to this shameful episode in American history.

Edison Hark is an Asian American detective in 1936 California investigating a murder connected to the rich, white family that adopted him when his own mother died.

Hark is a detective in Hawaii but is transferred to California for the case. However, in issue #1, Hark is detained in an internment facility to verify his identity. Asian cops didn’t exist in the continental United States at the time.

Hark finds himself playing the sidekick to aggressive, ignorant, and racist cops as he patrols California’s Chinatown. Writer Pornsak Pichetshote, A Thai-American writer, deftly presents to the reader the struggles of an Asian cop who doesn’t know if he really exists to fit in with his white counterparts than actually help persecuted Asians.

The comic examines the identity crisis of Asian immigrants and citizens who want a piece of the American dream but are treated as burdens. Many characters refuse to believe that Hark is a real cop. One character accuses Hark of enjoying his privilege, of having his white college pronounce his name correctly, having a seat at the table, and not having to suffer like the Asians he policies for a government that despises them all.

One character even remarks that an “American,” refers to a white person, not an Asian immigrant or citizen.

Even the title, “The Good Asian,” is a play on the model minority trope, where racists feign tolerability for one race over another to keep them fighting for approval instead of equality.

In this issue, Hark solves a long-standing mystery of the murder of his surrogate father’s maid. Hark also makes some other chilling discoveries that make him reexamine his identity and place in 1936 America.

Pichetshote’s writing is compelling, urgent, and in-your-face. You won’t forget these characters or struggles anytime soon. And even though it is a fictional story, it is based on actual events in American history. Pichetshote slaps the reader awake with the true history of America, how it affected Asian immigrants and citizens alike, and how these racist policies are still affecting and endangering them today.

If you are the type of person who looks at American history and smiles, believes that White men created America from a blank slate and never did anything wrong and that non-white people did nothing for this country, then I don’t recommend that you buy this comic book.

Tefenkgi’s art is a little too cartoony for my tastes, but it is serviceable and told the story. But it is Pichetshote’s skills as a writer that carry this comic book.

Verdict – Buy It or NOPE

Buy it! Stop reading this review and go buy all ten issues or the trade paperback of The Good Asian.

I would reservedly recommend The Good Asian #10 for a comic book investment.

Pornsak Pichetshote writes screenplays and TV shows. I wouldn’t be surprised if The Good Asian was optioned for a TV show or film.

But currently, The Good Asian #10 has a market value just below its cover price. This eBay seller is trying to sell a variant cover version for $45.

I would buy a variant cover version of this comic as a hedge against Pichetshote’s potential to become a big-name writer. This is an important comic and you can get in on the ground floor cheaply.

The world is not used to seeing non-white comic book characters portrayed in the spotlight. When such a thing is not unusual anymore, The Good Asian may become a hot collectible.