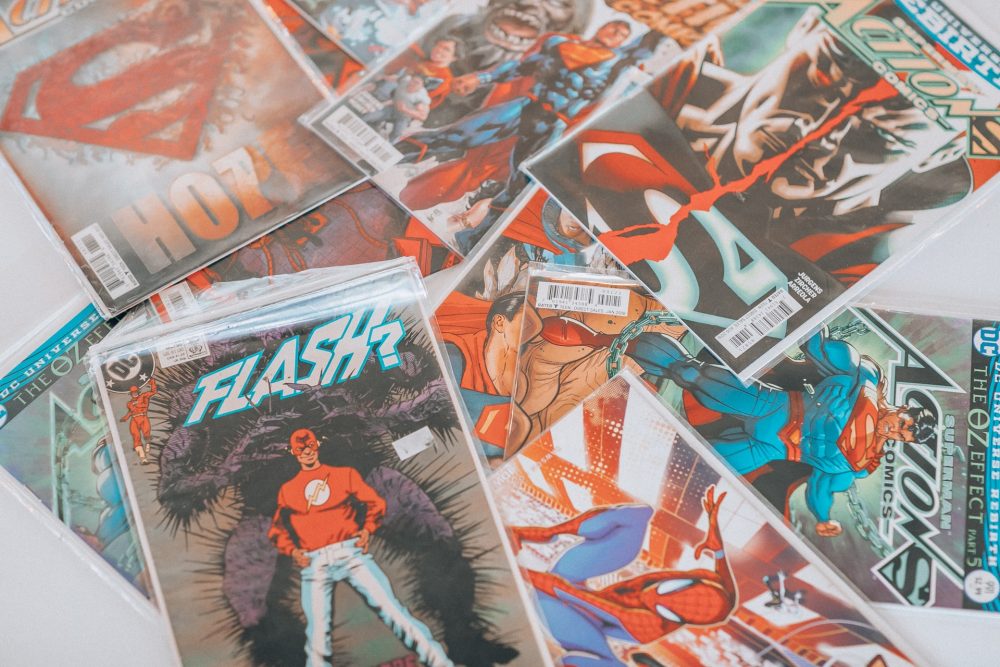 It takes time for the value of an investment to accrue.

Start investing in the most valuable Modern Age comics now, and who knows what value these comics will have decades from now.

Here are 5 valuable Modern Age comic books you should be keeping an eye on.

I cannot wait for Wonder Woman 1984, which is set to premier this year or next. The film has been delayed due to the pandemic.

I take the pandemic seriously and follow all safety guidelines – but this film almost makes me want to go to the movies now.

Please excuse me geeking out.

Anyway, the villain in WW84 will be Barbara Minerva/Cheetah as portrayed by former SNL comedian and actress Kristen Wiig.

Cheetah is a villain with the speed, strength, agility, reflexes, and appearance of a cheetah.

Value investing is about recognizing value others don’t see.

Snatch this comic before WW84 premieres and this comic possibly increases in value. This will become one of the most valuable modern age comics to watch.

Milestone was creatively ahead of its time but was only in business between 1993 through 1997.

One of the more popular Milestone was Static.

Teenager Vigil Hawkins was exposed to a unknown chemical in tear gas while embroiled in a gang fight.

The chemical gives the teen electromagnetic-based powers. Hawkins assumed the name Static and became a superhero.

There have been rumors for years that Milestone Media will soon relaunch and reintroduce its characters for the 21st century.

This is an affordable buy-in for one of the most valuable modern age comics.

This comic will become valuable in the future because of Carnage’s current popularity in the comics.

And because of the character’s short appearance in the 2018 film Venom starring Tom Hardy.

Here is a short history of the comic book origin to explain why.

In the 1984, Peter Parker merged with an alien symbiote/parasite that transformed into a black version of the Spider-Man costume.

By 1988, the alien symbiote separated from Parker and merged with disgraced reporter Eddie Brock.

In Amazing Spider-Man #361, Eddie Brock/Venom escape from prison and leave behind an “offspring,” portion of the symbiote. That offspring then merged with insane serial killer Cletus Kasady, creating Carnage.

The fan excitement for Carnage increases as Woody Harrelson was cast as Kasady in a short role in 2018’s Venom. Harrelson is due to reprise the role in the upcoming sequel Venom 2: Let There Be Carnage.

Yes, this is one of the most valuable modern age comics. Investment is about recognizing value before others. Get it while the getting is good.

There are people who love Harley Quinn and have no idea that she is a comic book character who first appeared in a Batman cartoon. (It’s a long story).

Australian actress Margot Robbie has made Harley Quinn a household name with her mesmerizing big screen portrayal. Robbie will next portray Quinn in the James Gunn-directed The Suicide Squad in 2021.

Before the rise of Harley Quinn, most people could only name Wonder Woman if asked about female comic book characters.

The most valuable Modern Age comics featuring Harley Quinn should be watched for increasing value.

Steve Ditko is a comic artist and legend who co-created Spider-Man with Stan Lee in 1963 in Amazing Fantasy #15.

The anthology comic was in danger of being canceled. The editors allowed Lee and Ditko to do what they wanted in issue #15. So, the pair created Peter Parker/Spider-Man and the rest is history.

Peter’s death in this issue allowed for his nemesis Dr. Octopus to assume the mantle of Superior Spider Man for two years before Peter’s return. (It’s a really long story).

The value of this 2013 comic may have more to do with the Steve Ditko variant cover. Ditko was a prolific but reclusive artist who died in 2018.

The most valuable Modern Age comics published within the last generation are an affordable buy-in for aspiring investors.

It can take years or decades to realize an appreciable return on investment.

The rarity, first character appearance, or pivotal event in a comic book informs its potential value in the future.