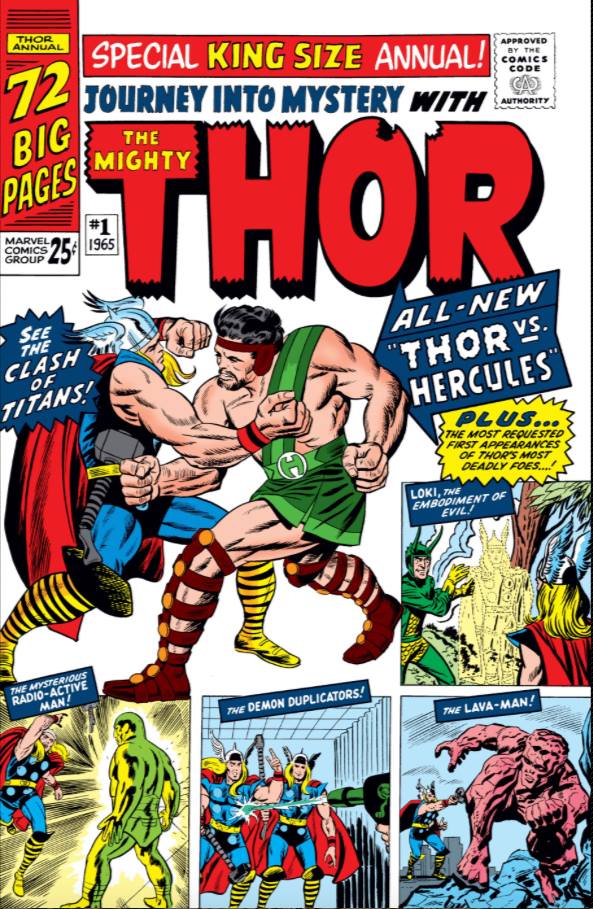 *Minor spoilers ahead for Thor Love and Thunder*

As a life-long comics fan, the last post-credits sequence in Thor: Love and Thunder have me excited for the next entry.

For the noncomic book reading casuals, you may be confused AF. Well, I will explain as briefly as possible to the best of my ability just what is going on.

Even if you know nothing about Norse mythology but are a staunch MCU fan, you know that Thor and Loki are the sons of Odin. (“Thursday” is even named after Thor!)

Even if you are the most causal-est of comic book casuals, you understand the basic pantheon of gods in MCU lore when it comes to Norse mythology. What you need to know is that in the Marvel comic books, there are several races of gods, not just one.

Public domain ideology is fair play, after all.

And in Marvel Comics, Zeus, the patriarch of Greek mythology, his mighty son Hercules, and other Greek gods are also featured.

The best thing about Thor Love and Thunder was the performance of Christian Bale as Gorr the God Butcher. (I will need several columns to explain Gorr to casuals.)

But the next best thing about the film was the second post-credit sequence which introduced Hercules into the MCU.

Russell Crowe portrays Zeus in the film. Zeus, wounded by Thor, has become enemies with Thor and makes his son Hercules vow to take revenge.

What does this bode for Thor in the future? Who knows. Chris Hemsworth has portrayed Thor for four solo films and has been featured in several MCU Avengers films.

Will Hercules replace Thor in a future Avengers or Ultimates team? Will Hercules get a streaming show or solo films in the future? Would Disney really hire Brett Goldstein and then not use him more expansively as Hercules?

We will find out. But if I were a betting man, I would assume Disney has plans for Goldstein. Hemsworth cannot portray Thor forever, and Hercules could be a suitable future replacement.

Reading comics with Thor and Hercules feuding and fighting was a highlight of youthful reading; it was a real kick to see Goldstein as Hercules, if even only for a few precious seconds.

But as I have stated several times before, you don’t need to read comic books to be a fan, but it helps. If enough hype is generated in the future for Goldstein’s work, the comics appearances of Hercules will rise in value.

And no, I am not just making this up. When it was announced that a show about the comic Grendel was being produced in Fall 2021, copies of the comics began flying off shelves. (Grendel is a multigenerational vigilante and anti-hero, if you don’t know.)

Hercules first appeared in the comic book Journey into Mystery Annual #1 in June 1965. Zeus and Hercules made their first appearances. And the epic feud between Hercules and Thor, which would become comics canon for decades afterward, was begun.

A comic with a CGC rating of 6.0 sells for $825 on the comic investor market. But a near-perfect copy will cost $2,500 unless the comic rises in value.

The 7 Best Comic Book Sleeves For Your Collection