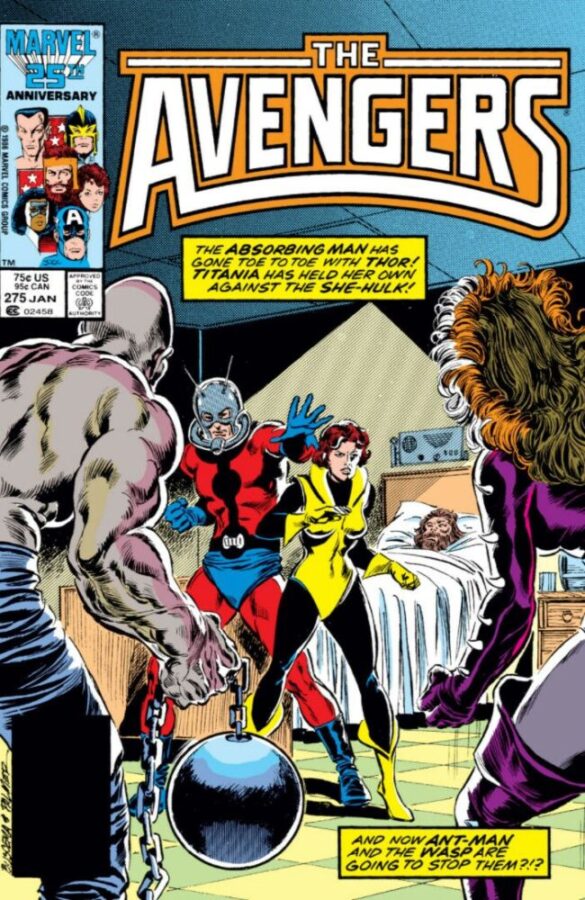 What do you think you know about Avengers comic books? Do you know that in the Marvel comic books, Jarvis is a real person?

Are you aware that the Avengers comic books only exist because an artist in 1963 missed his deadline on another comic book?

Do you know that there is another Avengers team that existed before the comic book?

Here are five things you should know about Avengers comic books, especially if you are a casual or new to comic books.

Jarvis is a Real Person in the Avengers Comic Books

In the MCU Avengers and Iron Man films, everyone knows who J.A.R.V.I.S. is – the sentient A.I. and confidente computer program employed by Tony Stark.

J.A.R.V.I.S. is an acronym for “Just a Rather Very Intelligent System.” In the MCU films, Robert Downey Jr. portrayed Tony Stark as a womanizing and genius-intellect weapons contractor.

But the genius of RDJ’s portrayal was in the actor playing Stark as kind of the odd school at school. He’s a genius who is so smart when it comes to displaying his intellect and creating technology, but he is absolutely clueless when it comes to dealing with human beings.

One of the best lines in the 2012 Avengers film is when Agent Coulson approaches Stark about joining the Avengers. And Stark begins referring to himself in the third person, as if he is not in the room, and remarking that Stark does not play well with others.

This is the type of genius who could only befriend a sentient A.I. like J.A.R.V.I.S. Some of the best scenes in the 2008 Iron Man is Stark all alone, perfecting his armor and being cautiously guided by J.A.R.V.I.S. (J.A.R.V.I.S. is voiced in the early MCU films by Paul Bettany, who would later portray Vision.)

However, in the Avengers comic books, J.A.R.V.I.S., the A.I. program did not exist. J.A.R.V.I.S. was Jarvis, the human butler. (Jarvis did exist in the MCU, but in the early 20th century as a worker for Howard Stark. The character was portrayed in the Peggy Carter TV show, but that is another can of worms.)

If you want to understand what Jarvis, the human butler, means to the Avengers, I recommend reading Avengers comic books #273 through #277. In this 1987 storyline, the Master of Evil, as led by Baron Zemo, invade Avengers Mansion and destroy it.

The Absorbing Man and Titania, superpowered villains, beat Hercules into a coma. (Titania will make her live-action debut in She-Hulk: Attorney at law. Mr. Hyde (a Marvel iteration of the Jekyll and Hyde character) then savagely beats Jarvis in front of a bound Captain America, who can do nothing but watch.

Captain America was NOT an Original Member

Modern comic book storytelling is not produced in the same manner as it was in the 1960s.

It is hard to believe now, but comic book characters were not as popular in the general culture back then. In fact, comic books were not generally accepted as cool until 2008 with the release of the first Iron Man film.

Before 2008, Iron Man was not popular. The Guardians of the Galaxy were not popular. Captain America was NOT popular.

If you are gasping right now, you may be a comic book casual. Because the fact of the matter is that no one knew who Captain America was, barring comic book readers, before 2008.

Comic book characters like Dr. Strange, Captain America, and the Guardians of the Galaxy had staunch fans, but their popularity would wane or surge over decades.

The point is that the MCU would not occur until 2008. So, comic book publishers would use various tactics to gauge the popularity of characters.

Back then, team comic books would be used to gauge the popularity of a character and determine if they were worthy of a solo comic.

In the 1950s and 1960s, anthology comics were popular. And comic books were heavily regulated by censorship authorities. Comic book characters had to prove they would sell to get a book.

Captain America was not a member of the Avengers at first. In the first Avenger comic books, the first members were Ant-Man, Thor, Hulk, and Iron Man. Captain America did not join the team until issue #4.

The Avengers comic books as we know them would not exist at all if a Marvel artist had not become woefully late on his deadlines.

Artist Bill Everett was tasked with drawing Daredevil #1, which was supposed to come out in 1963. However, Everett would end up being several months late producing the comic. Daredevil #1 was not published until 1964.

Marvel comics had already booked printing time for Daredevil #1. And if they didn’t use it, they would lose a lot of money.

Legendary writer and artist Stan Lee and Jack Kirby were renowned for working quickly and meeting deadlines. The duo quickly brainstormed the Avengers comic, and its printing took the place of the delayed Daredevil.

Think about it – if Daredevil #1 had been printed on time in 1963, the Avengers comic books might never have existed.

The Avengers Comic Books Were Inspired by The Justice League

As previously mentioned, the Avengers comic books exist because of a missed Daredevil publishing deadline.

The inspiration for Stan Lee and Jack Kirby’s brainstorming was to model the Avengers after DC Comic’s Justice League.

Marvel Trademarked “The Avengers” Too Late

There was a 1960s spy series called The Avengers that debuted in the UK in 1961. It starred Patrick Macnee and Diana Rigg as British spies fighting evil.

Marvel did not get around to trademarking the “Avengers” name until 1970. When the MCU film debuted in the U.K. in 2012, it was titled “Marvel Avengers Assemble” so as not to infringe on the U.K. trademark.

The 7 Best Comic Book Sleeves For Your Collection