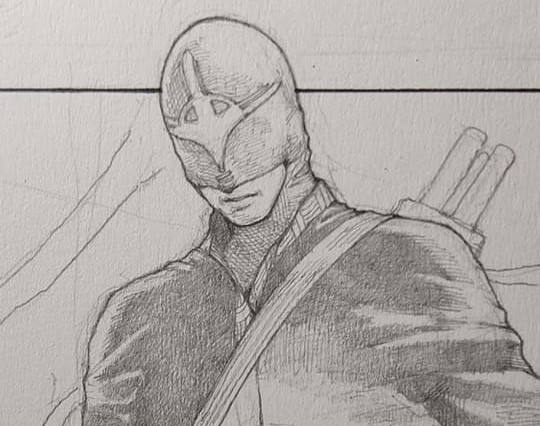 If you want to learn how to turn your comic books into an NFT, you can just jump forward to the bottom third of this article. But I sincerely hope you will hear me out before doing that.

However, everyday comic book collectors can’t just turn one of their comic books into an NFT and then sell it for big bucks.

For one thing, you can’t just make an NFT of a comic book that is the intellectual property of another company. After all, when you make an NFT, you are creating a digital asset that you want to sell at auction for a big price.

Comic book icon, writer, and film director Frank Miller sold an NFT of art based on his own Sin City comics for $841,000 in September 2021. But that NFT was based on his own art and independently owned comic book IP.

The point of this article is to help you understand the process of turning your own comic book IP into an NFT.

If you do turn your collectible comic books into an NFT, just don’t try to sell them.

And to help make you understand how to turn your comic books into an NFT, I will use myself as an example.

In 2017, after a decade of homelessness, living with relatives, unemployment, and career aimlessness, I decide that I would become a professional writer.

More than that, I am determined to start my own, small-scale comic book company.

In 2012, I almost sold a screenplay. The screenplay was a martial arts epic set in the Philippines. I wanted to make a Filipino martial arts hero on par with China’s Bruce Lee, Jackie Chan, Jet Li, Thailand’s Tony Jaa, and Indonesia’s Iko Uwais.

Filipino martial arts are the most popular and invisible martial arts in the world. Did you love the fight choreography of the Bourne Identity films and their copycats?

Did you see the last episode of Moon Knight where he was beating the thugs in the street with fighting batons?

Chances are that you have been watching Filipino martial arts for decades in Hollywood entertainment and didn’t know.

And that is how I sold my pitch in my 2012 screenplay Malolos Man. It is a story of a young thug who becomes a hunted hero after sharing a sacred martial art that an ancient Filipino cult has been hiding from foreigners since the Spanish occupation.

I copyrighted the screenplay and sent it to 300 entertainment lawyers, production companies, and actors all over the world.

Cesar Montano, an acting legend in the Philippines, responded to me and met for lunch. We met for lunch in February 2012. He was interested in starring and even potentially directing. His most high-profile Hollywood role was in the 2005 film The Great Raid. 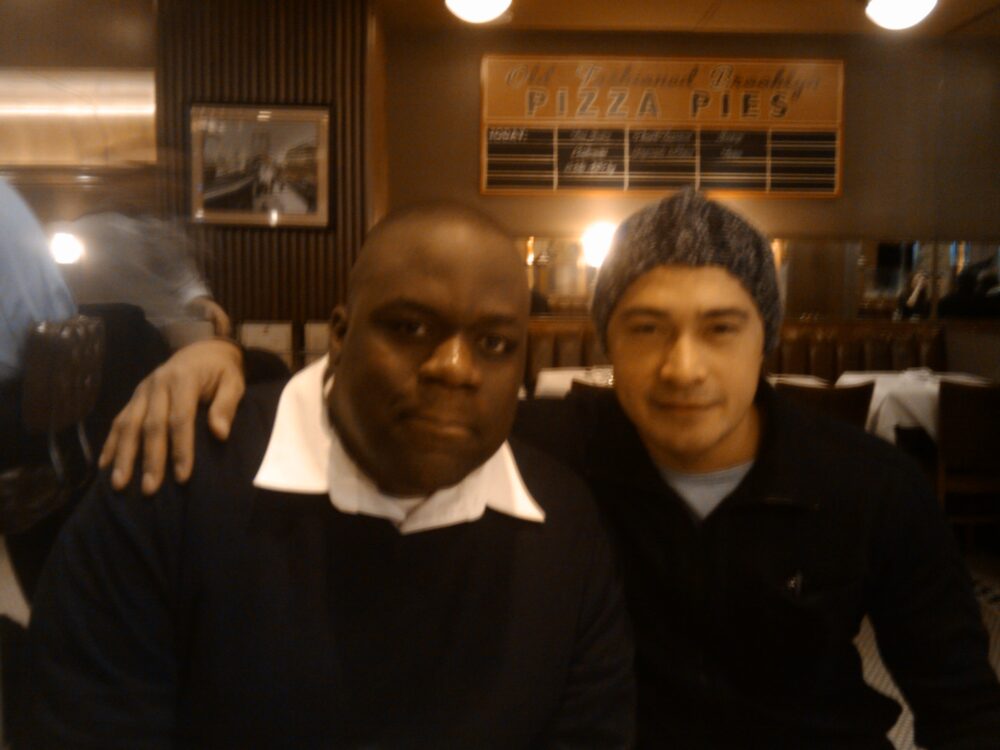 (The Writer and actor Cesar Montano at a power lunch in February 2012.)

And I secured a potential investor in Boston, Massachusetts who was willing to invest in my $5 million films if I sourced more investors.

Suffice it to say, I didn’t know what I was doing. A lot has to go right for a film to be made, and I was naïve.

The film went nowhere. But I knew that I had a talent that must be developed.

In 2017, I left the United States. I moved to the Philippines to learn the language, culture, and network with Filipino artists, some of the most talented artists in the world.

So far, it’s going slow. And even though I moved to the Philippines to reduce my business costs, nothing is cheap over here.

Since 2017, I have written over 600,000 words for all of my freelance writing work. This is the work I do for my clients and to pay my bills in Manila.

And I have so much more to do for my private business endeavors.

The cost of living is very low when converting dollars to pesos. But as a foreigner, I need to get a lawyer and carefully assess my interests in starting my company.

I have made connections with a roster of artists, but I can’t afford to pay them to draw a full comic yet. I have spent over $600 over the past year on concept drawings, sketches, and proof-of-concept art to sway potential investors.

The name of my company is A75M or A75 Media. The comic book universe will creatively start in a world where the Philippines is the cultural and tech center of the world but won’t be entirely focused there.

I am learning that if you write a book, it is easier to sell that book and adapt it to many other media. So, I am writing a book based on the launch comic as well.

Malolos Man is based on a character who uses an ancient Filipino fighting style known as eskrima. Each major city and small town have a fighter that represents their own style. And this character is the first character in this world who will team up with other characters to make a super team. 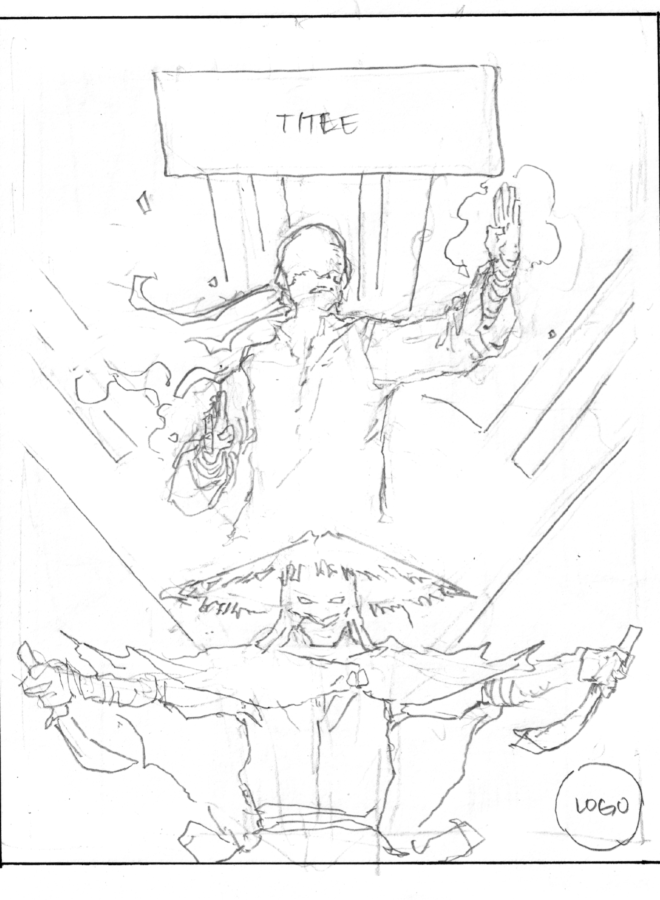 My artist, 22-year-old Jay Rosopa, is insanely talented and has a very fine eye for detail. Here are Rosopa’s Facebook and Instagram pages.

However, we are still fine-tuning the aesthetic details of all the characters. 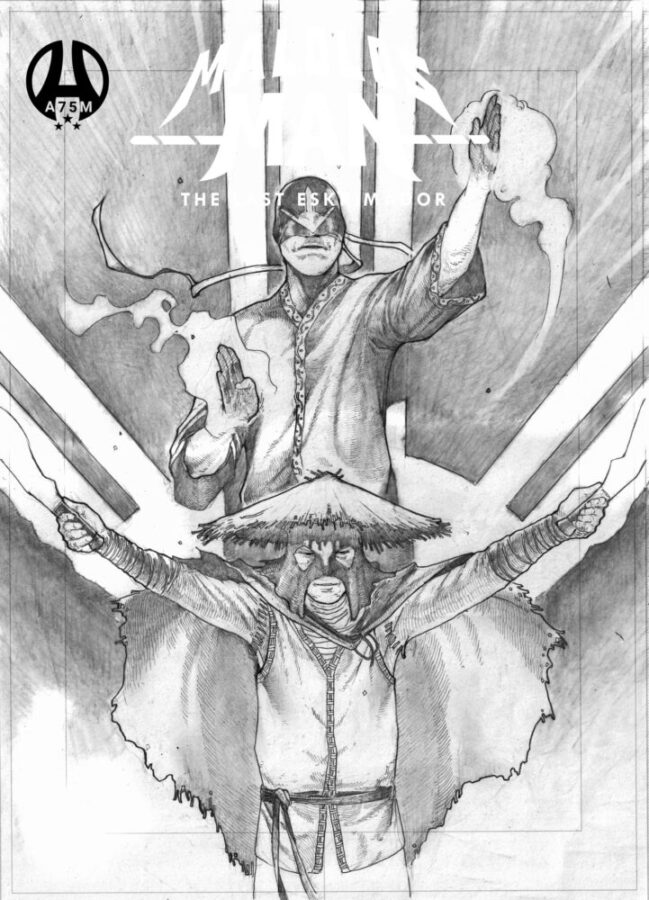 Prototype cover with logos. Not happy and will have it redone. Copyright © 2022 Allen Francis. All Rights Reserved. Artwork by Jay Rosopa.

I am still working on my business plan. While I haven’t explained it all here, I think I understand who would but this comic. I want to rent a house soon, which costs a few hundred dollars a month here, to establish a business base. 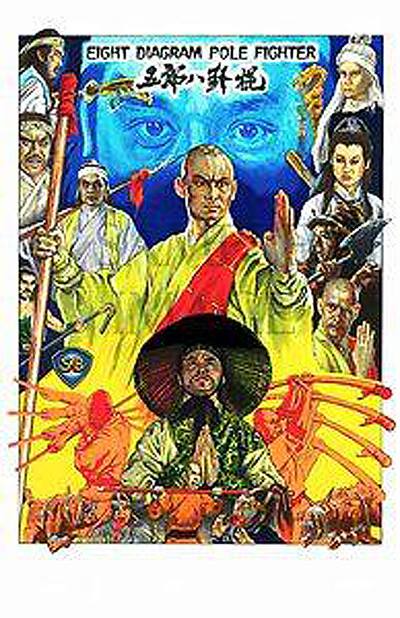 So, long story short, I still have a lot to do. There never seems to be enough hours in a day.

And one part of my business plan is to make an NFT of my launch comic.

If you want to turn your comic books into an NFT, here is the basic process.

First, you need to buy cryptocurrencies on a blockchain. That blockchain will house the NFT and feature the smart contracts that will enable the sale. You could use Bitcoin, Ethereum, or thousands of others.

However, that is not the end.

I am not trying to dissuade you from the idea – just remember to ask yourself these questions before you start.

Anyone can start a business. But not everyone is profitable at it.