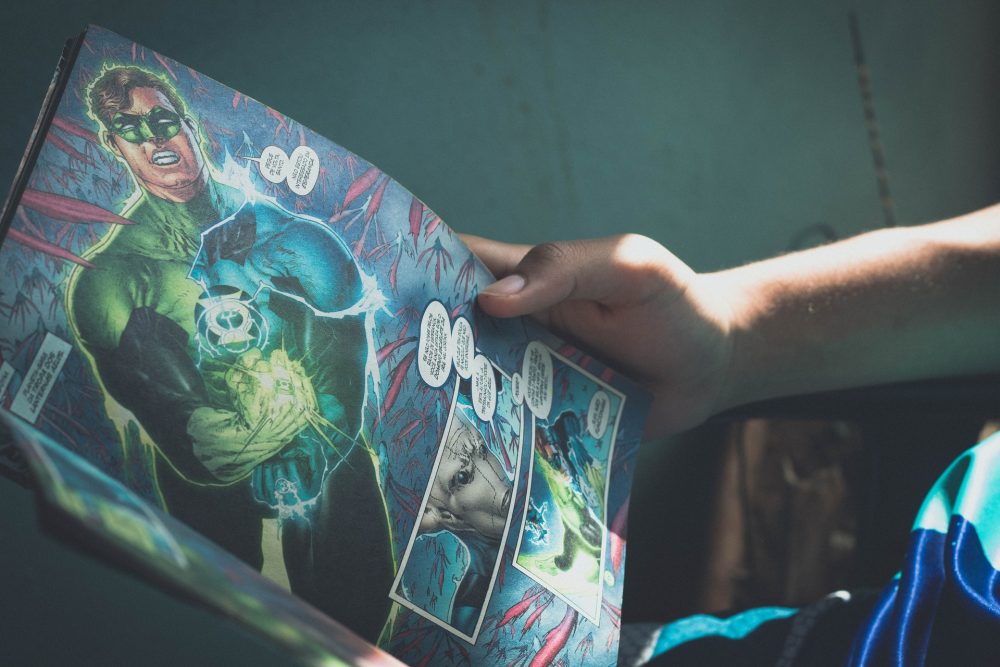 The comic book movie boom of the past decade will create a new generation of comic book readers and investors. Investment takes time. And, you may be better off buying a comic of moderate value now that will become valuable in the future. Consider: the most valuable comic books of the 1990s are not very valuable now. Not yet, anyway.

What’s important to remember about collecting comic books from the Modern Age is to keep perspective. We live in an era where comic books are making a billion dollars at the box office.

That is why you should research the most valuable comic books of the 1990s. The older a rare comic book is, the more valuable it becomes.

That is something to bank on in the future. 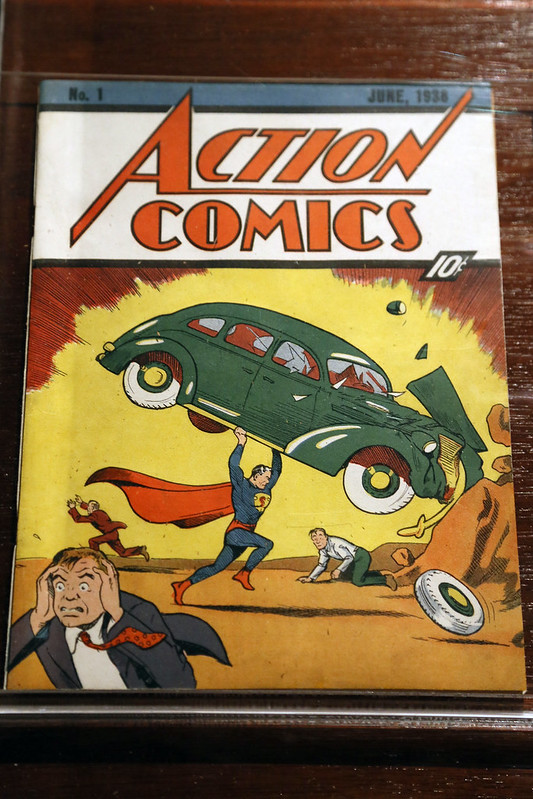 Investments in stocks, companies, or valuable comic books take time. It could take decades to get a return.

So, you should understand what would appeal to a comic collector decade from now.

Before listing the most valuable comic books of the 1990s, let’s briefly discuss the Golden Age and Modern Age of comic books.

And the differences in rarity and collector demand.

The Most Valuable Comic Books of the 1990s

Modern comic books are not rare.

In the Modern Age of comics, comic book publishing is slowly moving to the e-comic medium as well.

And now, with the advent of billion-dollar comic book films, everyone knows about comic books.

The most valuable comic books of the 1990s that featured the first appearances characters like Deadpool and Harley Quinn could be shrewd investments to make now. 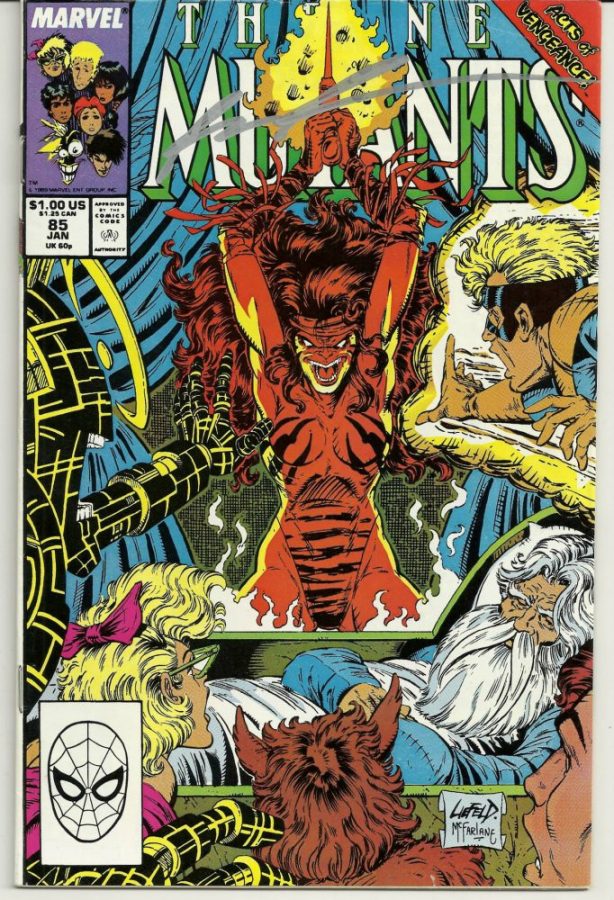 Do you know the reason how Ryan Reynolds, now synonymous with the fourth-wall-breaking, wisecracking superhero Deadpool, secured the role?

That’s film’s failure sidelined his securement of the Deadpool role for years.

Legend has it that the Deadpool project Ryan tried to launch was being rejected by every studio.

Tim Miller, a noted video game designer, and aspiring film director was hired to direct the live-action Deadpool in 2011.

However, filming on Deadpool didn’t begin until 2015. There was no interest from the studio.

Miller, or someone in his department, leaked a pre-visual demo for a Deadpool stunt sequence online before filming began.

The stunt worked. The leaked stunt demos created a fan fervor that couldn’t be ignored. Deadpool (2016) and its sequel Deadpool 2 (2018) collectively grossed over $1.5 billion at the box office.

However, if comic book artist Rob Liefeld hadn’t created Deadpool way back in 1991, Reynolds would never have assumed the role he was born to play.

Deadpool began life as a deadly supervillain but has since morphed into an antihero. And, a bankable household name due to Reynold’s portrayal.

Comic books are a lot like a hybrid of a time machine and a mirror. Especially comic books that collectors covet.

They reflect the politics, zeitgeist, and influences of their creators during the era in which they are published.

Superman’s first appearance in Action Comics #1 in Spring 1938 occurred over a year before the launch of WWII.

The character was bulletproof, could only leap about one-eighth of a mile in that era, and couldn’t fly.

Today, in the Modern Age of comic books, Superman is overly saturated, overpowered, and overly familiar to readers audiences of pop culture.

Harley Quinn originally appeared in a 1992 Batman cartoon and later became a comic book hit. Harley is female, powerless, essentially a Joker-derived analog, and yet is a pop-culture icon. This was not the norm in the 20th century.

The evolution of Quinn from cartoon to comic books to the big screen will appeal to collectors decades from now.

There are no new Superman movies planned in the near future. Harley Quinn is set to make her third onscreen appearance in the new Suicide Squad film.

The most valuable comic books of the 1990s featuring Harley Quinn may be the ones to watch for investment potential in the future. 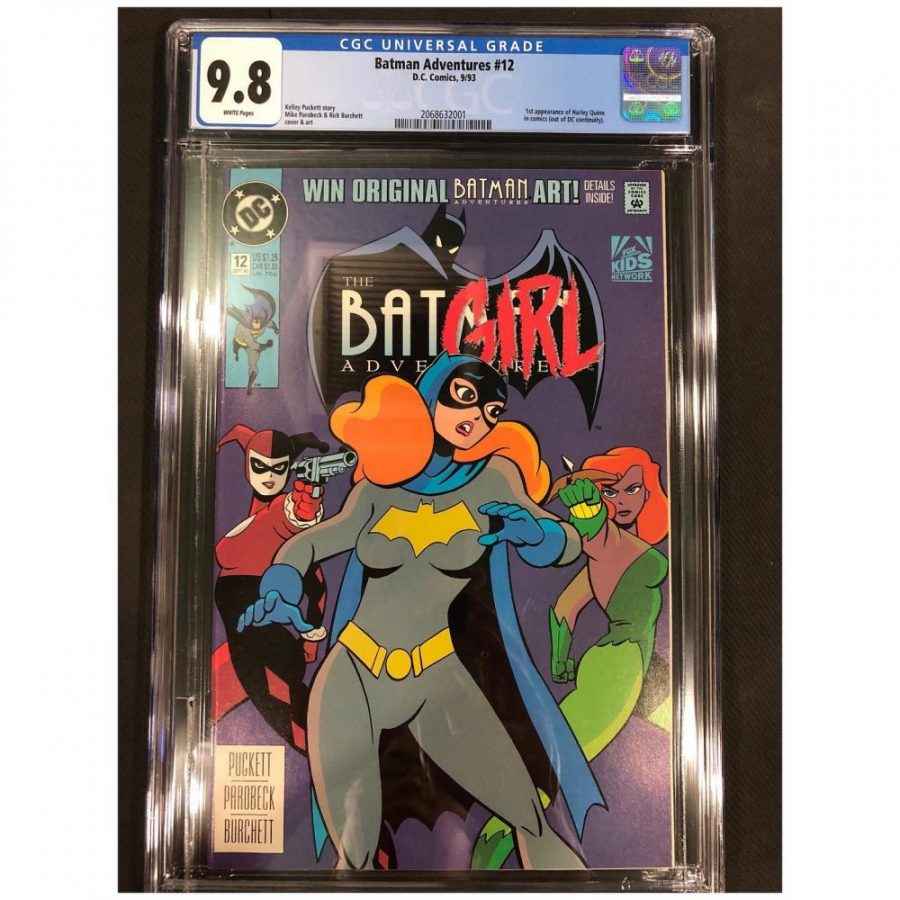 The film was a critical failure but grossed almost $750 million at the box office.

Robbie’s riveting portrayal as Harley Quinn absolutely stole the film and made a lasting impression on audiences. She will soon portray Harley again in James Gunn The Suicide Squad in 2021.

This fact will inform the value of Harley Quinn’s first comic book appearance in the future.

Dr. Harleen Quinzel was a psychologist working at Arkham Asylum. Dr. Quinzel was working on a project to cure the Joker of his murderous insanity.

Instead, Quinzel’s mentality and personality were corrupted by the Joker. She was transformed into his lover and sycophant Harley Quinn.

This sale occurred a few months before the first Suicide film opened, so its value will certainly go up in the long-term future.

If James Gunn’s The Suicide Squad is a hit, you can bank on it.

As a collector of Modern Age comics, it’s important to keep perspective.

In an era of relatively larger print runs, there is no scarcity of copies right now.

E-comics are popular. This may be the last era of large print runs of physical comics.

The most valuable comics of the 1990s exist now but won’t be valuable until the future.

2 comments on “Most Valuable Comic Books of the 1990s”