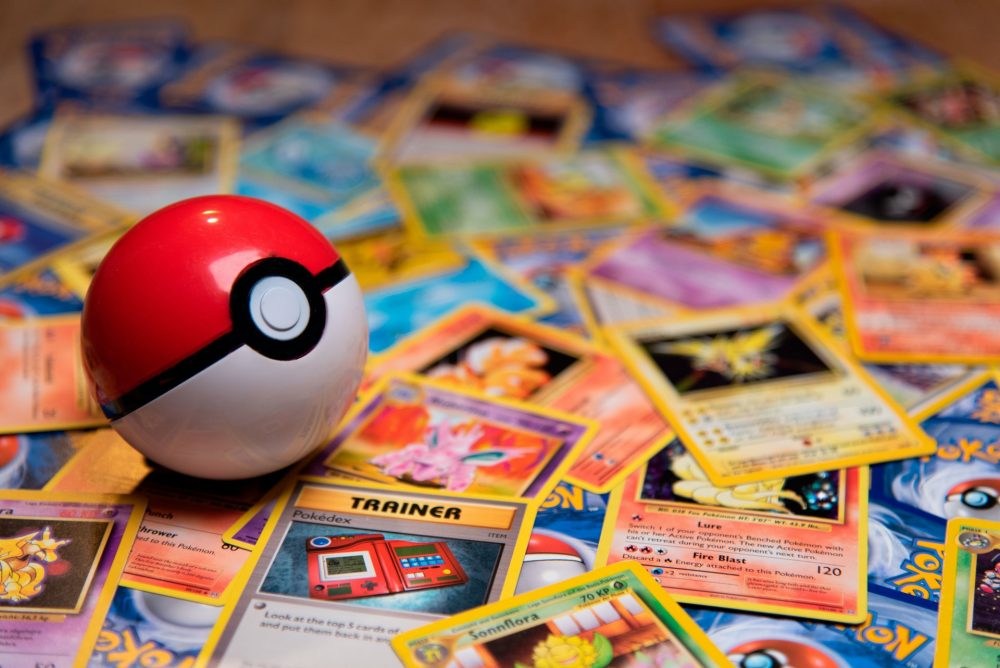 When I was a kid in the 1980s, the cultural and political zeitgeist of the era demanded that Americans became consumers and collectors. Every American kid, especially me, was bombarded with TV commercials for toys, action figures, board games, electronic games, and more. I am amazed at how much I would nag my mother for He-Man, G.I. Joe, Marvel superheroes, and Transformers action figures. My brothers and I nagged her for the first-generation Nintendo video game console (yes, that was a long time ago). One thing we never nagged her for was Cabbage Patch Kid dolls. Cabbage Patch Kids were a line of annoyingly cute, plushy polls that resembled cartoonish toddlers; they were wildly popular in the 1980s. However, my brothers and I never asked for Cabbage Patch Kids, we wanted Garbage Pail Kids. Well, Garbage Pail Kids cards anyway. I have to explain a bit more of this story and then you will understand the answer to the question, “Are traditional collectible cards still good investments?”

Yes, they are. Collectible trading cards are an emotional stimuli response to our feelings of nostalgia. Trading cards are like a time machine, a connection to the past.

The sports memorabilia industry has an estimated worth of $5.4 billion. People who collect baseball equipment previously owned by stars, or even trading cards, are tapping in nostalgia.

Did you collect Pokémon cards when they first came out in the 1990s? If you kept them in perfect condition, they could rise in value by over 10,000%. A Pokémon collector sold his entire collection on a 2018 episode of Pawn Stars for over $5 million.

Nostalgia is a powerful emotion that will make otherwise rational people spend obscene amounts of money on trading cards. If you understand the collectible trading card market that you invest in, whether sports, fantasy, video games, or even parodic satire, you could make good money.

There will always be a global market for collectible cards. You just have to know what you are doing and understand your market and collector to profit well.

Cabbage Patch Kid dolls were and are still very expensive. Garbage Pail Kids cards, which were also stickers, were 25 cents in the early years of release. They came in four cards per pack and with a flavorless stick of gum that crumbled to dust once you bit into it. 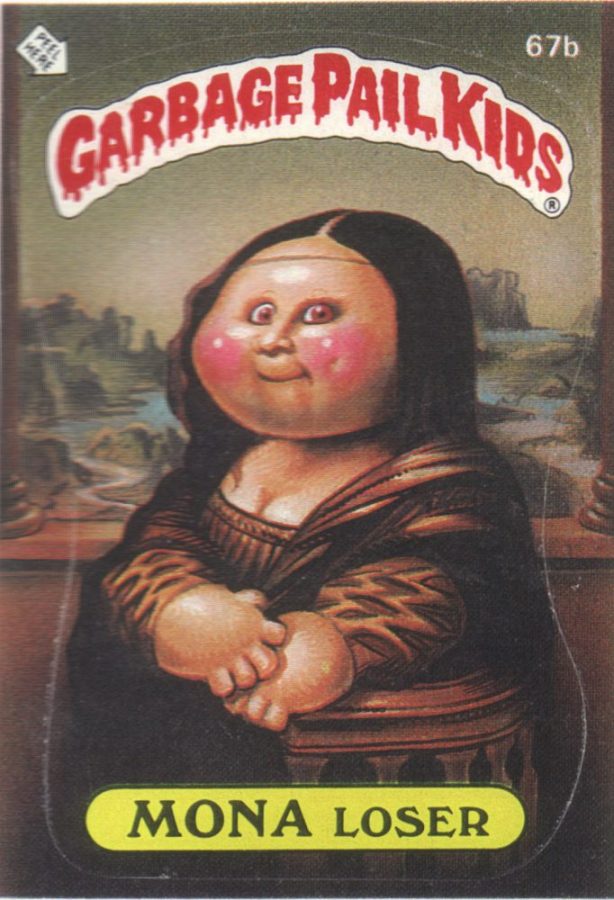 Image courtesy efigment via CC By 2.0

For example, the very first Garbage Pail Kid card was “Nasty Nick.” It featured a chubby-faced, cherubic-looking Cabbage Patch Kid-style-looking kid dressed as Dracula and biting the neck of a Barbie Doll.

Even as I write this article, I am becoming mentally inundated with nostalgic memories of my youth. Like going to the store to buy a new pack of cards. Or trading Garbage Pail Kids cards with my brothers or classmates in school.

Four decades later and near mint Garbage Pail Kids are valuable and a worthwhile investment. Are traditional collectible cards still a good investment? If I ever become rich and you bump into me when selling such valuable cards, you might make a financial killing.

Here is a list of some of the most valuable collectible cards on the market.

The last decade of the 20th century was a politically perilous time. While there has never been a time when people weren’t afraid of nuclear weapons, fear of nuclear weapons was at their zenith during the 1980s.

This card features a young child pushing a button trigger that causes an explosion and mushroom cloud to erupt from its head. An Adam Bomb trading card in perfect condition recently sold for over $10,000 on eBay.

Pokémon, which is a Japanese portmanteau for “pocket monsters,” is a wildly popular video game that launched in 1995. The aim of the game is to catch and train mythical monsters and then have them battle monsters caught by others.

The Pokémon craze has spawned TV shows, video games, movies. And the Pokémon GO! craze that almost enveloped the world a few years ago.

Pokémon cards are collected and traded with religious fervor. And the rarer the card, the more valuable it is to collectors. 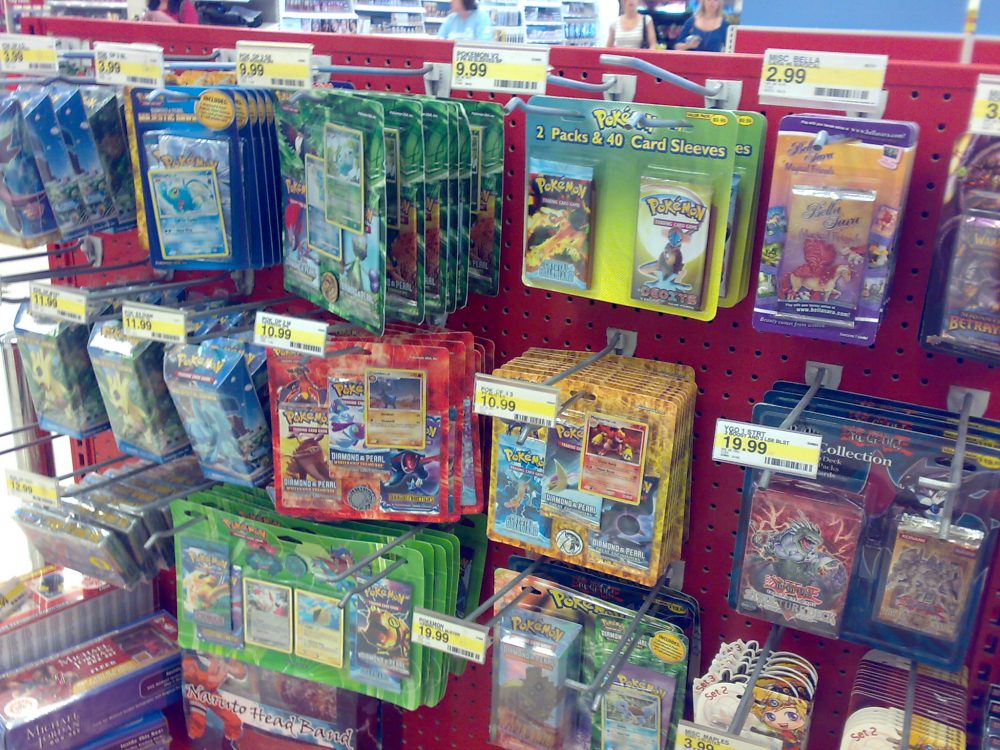 The Illustrator Pikachu card was only released in Japan as a promotional item in 1998. It is estimated that less than 40 of these cards exist in the world. And they’re probably only a few of those cards in perfect mint condition.

An Illustrator Pikachu card was sold to an anonymous American collector for $230,000 in July 2020.

I hope I have not given you the impression that getting into the collectible trading card market is easy. You must know what you are doing to financially prosper.

You must understand the Pokémon IP, why fans love it, and what the most collectible cards are in existence. Or you need to appreciate why fans love the Garbage Pail Kids in the first place.

Understand the collectible cards market, and there are many to choose from, and the nostalgic needs of the buyer.

You also have to think about the finances required to invest in collectible cards.

Do you have a trunk full of trading cards from your childhood in perfect condition? Or do you have to start hunting for valuable cards and get them from people unwitting of their value?

Are Traditional Collectible Cards Still Good Investments? That depends on your hustle.

Do your research, understand the market and buyer, and you will find that collectible cards are a good investment.