Why You Shouldn’t (Usually) Buy a Salvage Title Car 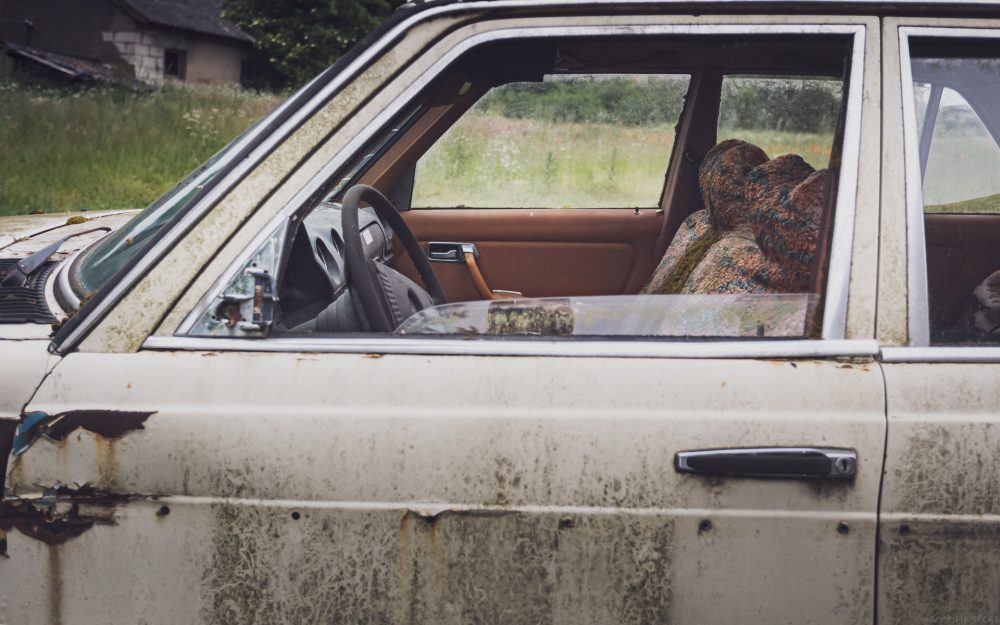 A title salvage car has had a sad little life indeed. What was once a car of glory becomes a car shunned to the scrap pile because insurance companies deem it damaged and don’t think it fit to be on the roads. Think Herby Fully Loaded. The question is, why are these cars so unwanted. Surely if you were to restore it to its former glory, it would be OK?

We’ll get straight to the point with a no. It is possible to repair a title salvage car, but they will never have a clean title to their name again. Let’s then explore why this is and why you generally shouldn’t invest in a title salvage car.

What Is A Title Salvage Vehicle?

Let’s start by going into more detail about title salvage cars. Title salvage cars are vehicles that have experienced serious damage to the point repairs cost more than the value of the car. Typically, people wouldn’t go near a title salvage car with a ten-foot barge pole. However, specialist mechanics and car enthusiasts might be interested in returning a car to its former glory if it’s vintage, for example.

That brings us on to the next cost implication, insurance. Insurers are the ones who brand a car a title salvage car, so it’s no surprise that they’re typically not interested in insuring one. They don’t want to take on the responsibility of ensuring a vehicle with previous extensive damages, and they’re definitely not that interested in a car that was once considered unroadworthy. You’ll notice that insurance for a salvage vehicle is far more than what the average person can afford. However, there are things you can do to try and make the car more insurable.

There’s the option of taking out personal liability and property damage insurance. That type of insurance pays out if you are found responsible for an accident and will typically cover medical expenses if you injure someone else. However, it doesn’t cover physical damage. Insurance companies are more reluctant to offer cover to a vehicle that has already had such a detrimental amount of damage.

Before buying a title salvage car, make sure you check whether you can insure it and if you can afford it. Or, if you’re buying and restoring the vehicle as a collector’s item, the worry about insurance doesn’t matter. What does matter is the overall cost of the repairs you’ll have to carry out and whether it’ll be worth it. Typically, however, the cost of restoring a title salvage car is still cheaper than buying a brand new one.

They Can Be Untrustworthy

Sometimes people are so interested in a title salvage car that they go ahead and pay all the necessary fees to get it on the road. There’s just one problem. Although you can convince insurance companies the car is safe, you can’t be too sure that it actually is. Fraudsters relish the opportunity to sell a title salvage car as completely repaired when it isn’t, forging all the relevant documentation as they go along.

Beware of cars sold with unusual-looking garage receipts, or if people try to sell you a vehicle they won’t let you see in its entirety. By that, we mean looking under the hood and getting under the car to check for anything untoward. Taking someone with you with extensive knowledge of motors is handy if you’re going to look at a vehicle someone claims has already been repaired.

Untrustworthy brings into question the safety of the car. From the breaks to the steering, there’s an element of the unknown that comes with title salvage cars. You can’t be too sure that they’re in perfect working order, especially if they had damage to all the main components of the motor. One stand-out case happened in 2009 that saw a family awarded millions because a teen lost their life after the people at the auto garage lied about the installation of the airbags.

That’s may be the problem with title salvage cars. You could think you’re getting a great deal and the car is so cheap, but it’s only so cheap because sellers know they can’t get more for it. They may not have necessarily put in all the correct work to get the car back in order. The result could be drivers thinking they have a safe car and a sweet deal sacrificing a more substantial insurance premium for a dirty cheap motor.

Ensure you do plenty of research to understand whether a title salvage car is financially the best investment before buying one.