Most Valuable Comic Books of the 2010s 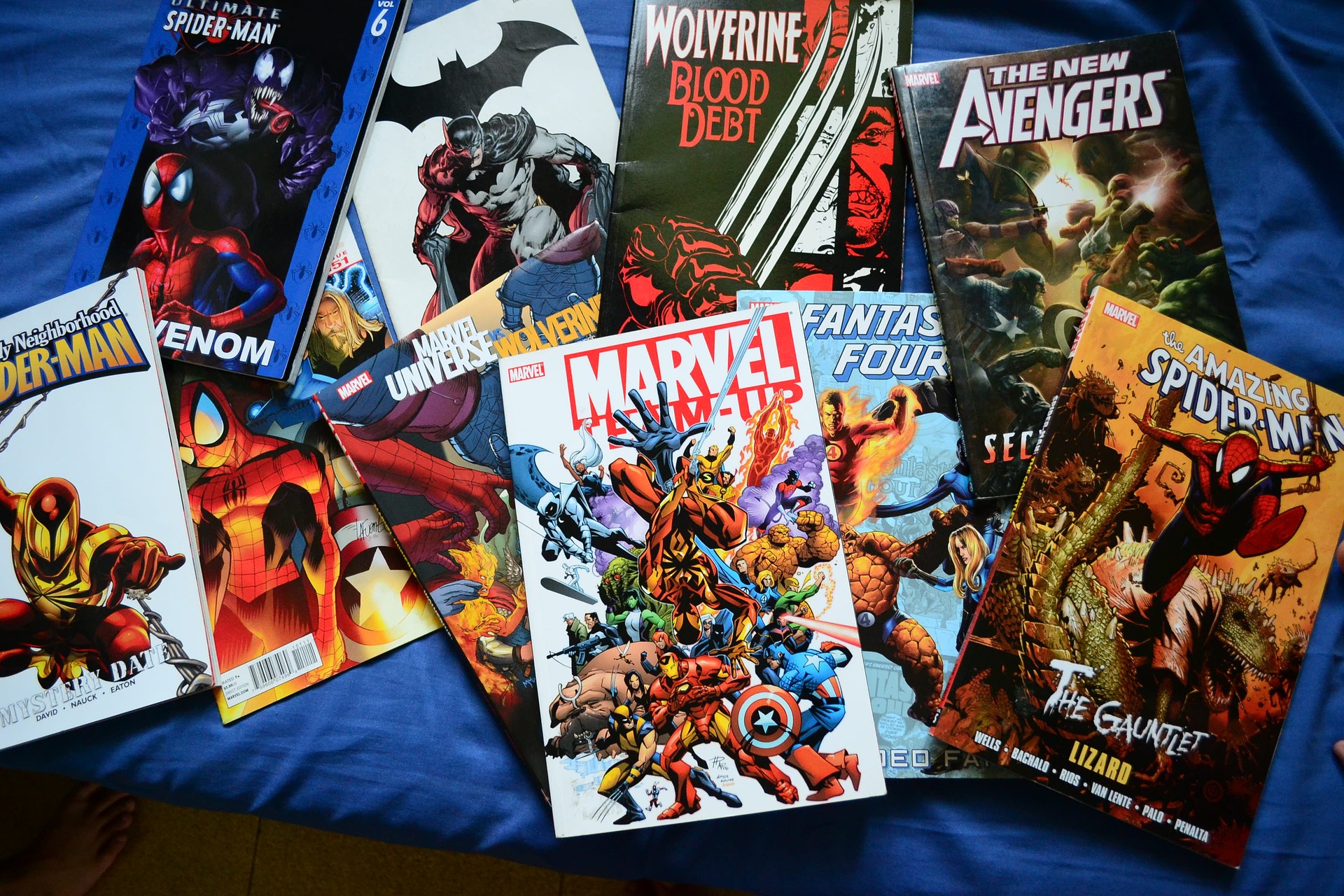 It’s an incredible time to be a comic collector. Especially if you’re collecting the most valuable comic books of the 2010s.

Think about it. In the Golden Age of comic books, which arguably launched in 1938, the character of Superman was born.

However, mass communication for pop culture audiences was a lot slower than it was today.
Comic books were sold from newspaper stands.

The closest thing to a cinematic universe of comic book characters back then were radio shows.

In the 21st century, the commercialization of comic book IPs is a lot easier to do than ever before. Smart devices and the internet connect humanity in a way that just wasn’t possible before.

It will take decades for rarity and value to appreciably accrue from the investment of Modern Age comic books.

But if you know which comics to investment in, you may make a killing in the future. (Financially, not literally.) 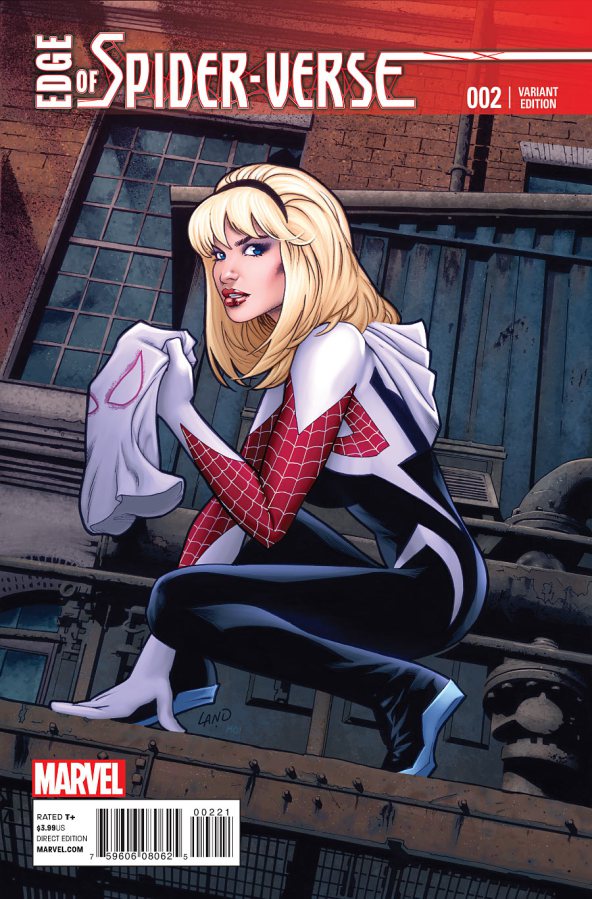 One of the great unspoken rivalries of the current global comic book entertainment craze are the duel fan bases.

The avid comic-book readers who know every minutiae of canonical comic book history vs the non-comic book reading public.

Gwen Stacy was the daughter of a New York City police captain, and the love interest of Peter Parker, who made her first comic book appearance in the Amazing Spider-Man #31 in 1965.

Her death, in Amazing Spider-Man #121 and #122, published in and June and July 1973, was a watershed moment in the canonical comic book history of Peter Parker.

However, death is never final in comic books nor pop culture.

Gwen Stacy was reborn in the comic books in a 2014 alternative history story where Gwen, not Peter Parker, was bitten by a radioactive spider.

The character has found newfound fame as, “Spider-Gwen,” AKA, “Ghost-Spider.” Her first appearance was in the comic Edge of Spider-Verse #2, published in 2014.

Spider-Gwen has since become extremely popular. The character was recently featured in the massively successful animated film Into the Spider-Verse in 2018.

That is a remarkable price for a comic featuring a formerly supporting Spider-Man character.

Especially for one that was dead for 40 years before being reimagined as a superhero in her own right for the 21st century. 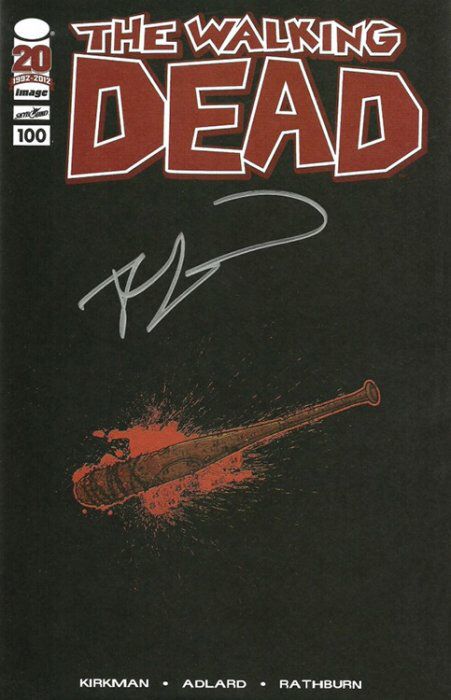 There is nothing new about the zombie horror genre.

But the Image comic book The Walking Dead and its TV show adaptation reignited the public’s love for zombie horror in a way not seen in a long time.

The comic was first launched in October 2003 and the final issue of the comic book series, issue #193, was published in July 2019.

Even though the comic book stories are now over, the incalculable pop culture impact of those stories won’t end anytime soon.

For one thing, after the creation of the TV shows The Walking Dead and Fear the Walking Dead, a second spinoff TWD TV show is being developed.

Also, a franchise of cable TV films featuring the Rick Grimes character is being developed right now. However, no character from the TWD TV show has riveted the public like Negan.

However, the character was first introduced to pop culture audiences in Spring 2016 on the last episode of Season 6 of the TV show.

TWD first appeared on TV in 2010 but became reenergized with Negan’s first appearance. Rick Grimes and his survivors struggled to survive and make sense of a world turned upside-down by the undead apocalypse.

An undead apocalypse that Negan and his Saviors collective have long since learned to use for their own twisted and cruel ends.

Negan and the Apocalypse

Negan, a cult-like leader and apocalyptic warlord, had long since made sense of the undead apocalypse that Rick Grimes struggled to deal with.

Negan became an enforcer extorting his services to any surviving communities his, “Saviors,” group came across.

His followers had to publicly exclaim, “I am Negan!” to identify themselves. They did this to show that there was no individuality in the Saviors, only an undying allegiance to the leader.

Negan kept a, “voluntary,” harem of sex slaves for his own entertainment. The Saviors maintained a pseudo-economy within their headquarters that had a slight resemblance to the economics of the pre-apocalyptic world.

While Rick Grimes and his band of survivors struggled to survive in the undead apocalypse, Negan and the Saviors thrived, survived, and unquestionably ruled in a cruel and bloodthirsty fashion.

The Saviors were unto a post-apocalyptic nihilistic religion, and for some reason, fans ate it up.

Veteran actor Jeffrey Dean Morgan instantly became a household name in 2016 after portraying the character on the TWD show.

Well, there never would have been a Jeffrey Dean Morgan portrayed TV characterization of Negan without The Walking Dead #100.

As I have mentioned before, there are no Modern Age comic books that will be worth $3.2 million like the Action Comics #1 that was bought in 2014.

Rarity, cultural context, the first appearances of characters, and other factors, ultimately determine the true value of a collectible comic. Especially one that is worthy of a multi-million-dollar investment.

So, no, even the first appearance of Negan in a comic book printed less than half a decade ago is not worth the big bucks as an investment just yet.

Yet, it helps to look at Modern Age comic book investments from another perspective.

While paper texts are a long way from becoming obsolete, they are basically unto an endangered species now.

A century from now, the Modern Age of comic books may well become the last true age physical paper texts were appreciated.

You can just as easily read scanned comic books online through apps like Comixology, for example.

Modern Age comic books in the future, strategic issues anyway, will be ultra-rare, and profitable, for the collector who makes the shrewdest investment choices now.

Tags: Most Valuable Comic Books of the 2010s