I only Realized I Overpaid for Furniture After Several Moves 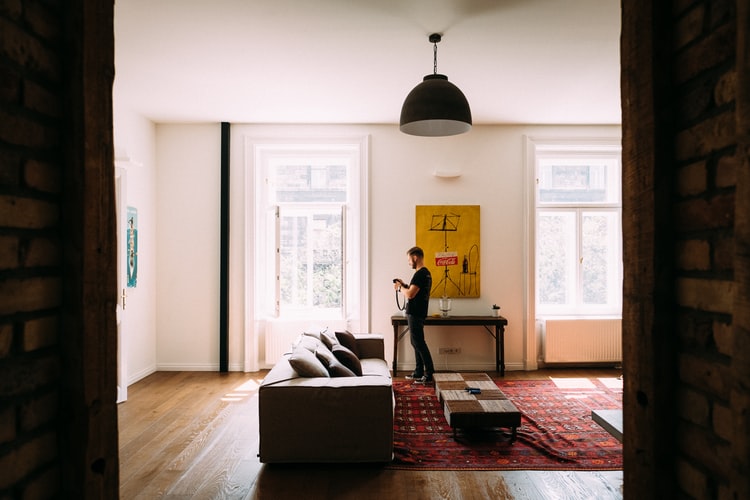 How much money should you spend on furniture when you get your first apartment?

Getting your first apartment is a big deal. It’s basically the first rite of passage into adulthood.

Acquiring a first apartment is also a life experience steppingstone towards getting a first house.

Well, it should be anyway.

And one important aspect of preparing for home ownership is learning prudent personal finance practices.

Speaking for myself, financial common sense went right of the window when I got my first apartment.

I wanted the best of everything at that time. Still, I experienced an everyday struggle just trying to pay the bills when I had my first apartment.

I wish I had focused on improving my personal finances instead of buying the latest and most popular furniture products for a studio apartment.

You know, I guess it’s the difference between looking like you can afford nice things and actually being able to afford such.

No, one shouldn’t have to furnish their home with discarded furniture fished out of a trash heap.

But paying thousands of dollars for new furniture in a studio apartment, money that could be better spent elsewhere in a household budget, is too much.

Some people pay as much as $8,200 on new furnishings for an apartment.

Not a 3-bedroom house.

Is it worth though?

What is a credenza? Why is it necessary for me to own one?

When I first got married, my wife of the time was obsessed with buying IKEA furniture and any expensive, high-end furnishings that she saw on TV or believed that her friends owned.

Getting a first apartment is an exciting experience. Who doesn’t want the best for their first-time dwelling?

However, I got so caught up in owning nice furniture, I didn’t think about whether such an investment, for a tiny apartment, was worth it.

I think we paid about $3,000 for new furnishings, but that money could have come in handy elsewhere.

My biggest regret is that we didn’t buy reupholstered furniture at a cheaper price. I had some relatives who offered to give their old furniture, but it would have been such a hassle to shuttle it and move it in.

It was more convenient, I thought, to pay for home delivery. Which is crazy as I think on it, since it only meant I was paying more.

Its convenient to say I was in my mid-20s and that it was so long ago, but it was no excuse.

I repeated this mindset on several other moves.

Yes, who doesn’t want nice furnishings? However, it shouldn’t come at a steep financial investment for an apartment rental.

Unless your bank account can take the hit, you shouldn’t spend $8,200 on furniture unless you have a very large house.

How to Spot Check Hotel Rooms for Cleanliness

10 Universal (and Frugal) Household Products to Own

Editors Note: If you’re looking for a solid discussion of saving money on saving money on home furniture, consider reading Money Mini Blogs write up – he’s got some solid ideas on auctions and when to buy (HINT: its at the end of the season).  The article is here.