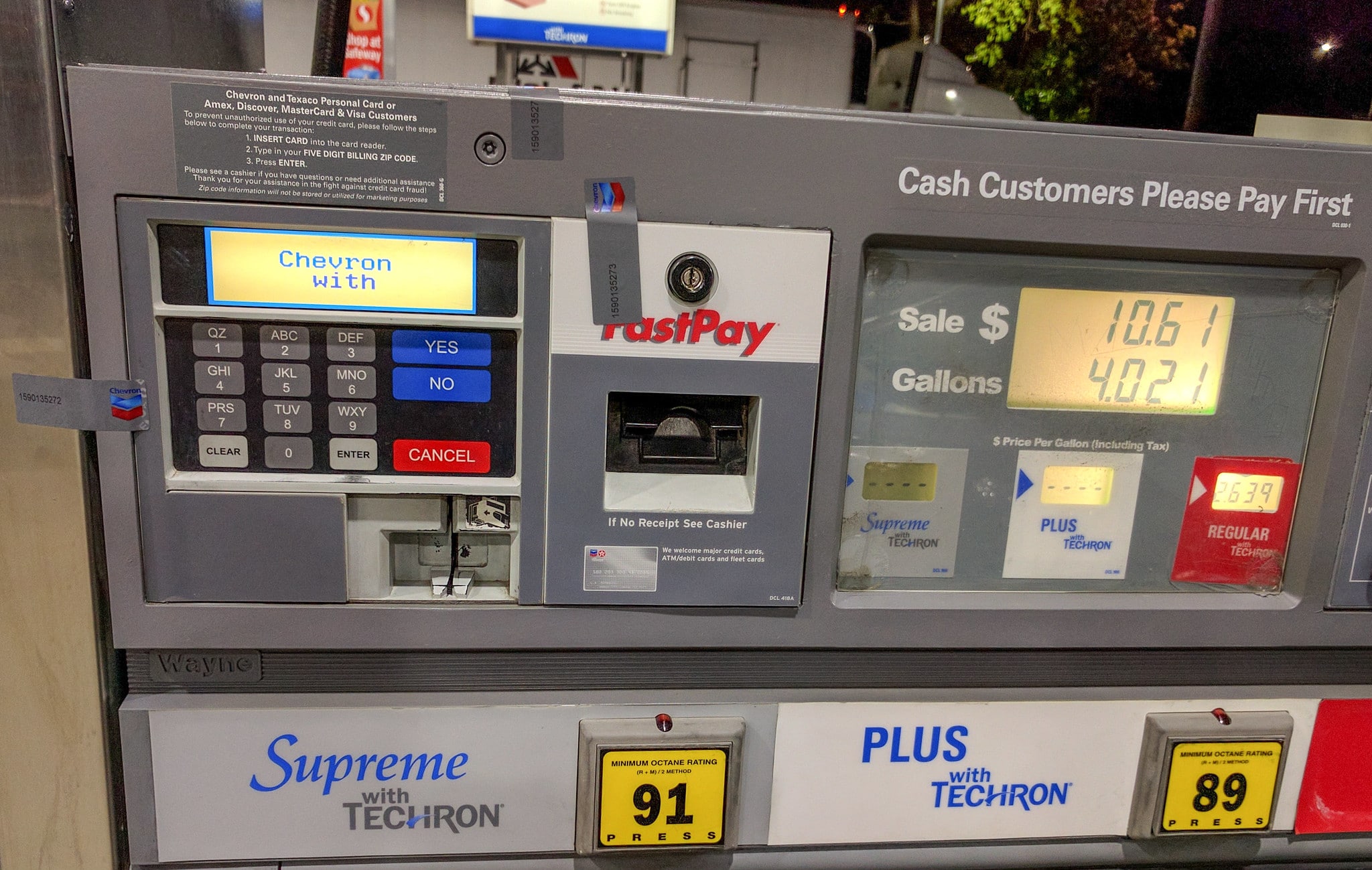 Your identity doesn’t necessarily have to be compromised by a faceless, hi-tech hacker in the next state. Or by one living an ocean’s distance away. You can have your identity and personal financial information compromised the very next time that you gas up. Do you know what credit card skimming is?

The number that should concern you is 60%. That is the number of non-bank ATMs located at gas stations and convenience stores that were clandestinely compromised to siphon data from credit cards via credit card skimming.

You are more likely to encounter a credit card skimmer at a gas station than anywhere else. The technological advances of the 20th century means that criminals can affix information retrieval devices to ATMs and then collect the information nearby on their smart devices.

Florida state inspectors found over 1,000 credit card skimmers at gas stations throughout the state in 2018. That number was only 650 in 2016.

So, how can you prevent credit card skimming? First, let’s define it.

What is Credit Card Skimming?

Credit card skimmers are fraudulent card readers that are clandestinely attached to legitimate ATM terminals. Whenever you insert or swipe your card on a credit card skimmer, your financial information is harvested and transmitted to a criminal.

Control of the ATM is superseded by the skimmer without damaging the ATM. A criminal can remotely download the harvested data and then come back later to retrieve the skimmer.

One compromised ATM gas pump terminal can harvest the data of up to 100 credit cards daily. About 30 million people pay for gasoline with a credit or debit card every day.

Why is Credit Skimming so Popular With Criminals?

They can be temporarily affixed to gas terminal ATMs and conveniently retrieved later. Criminals can strategically choose high-traffic ATMs to harvest as much stolen data as possible.

Most people in a hurry ignore common sense and use an ATM they know they probably shouldn’t. This reality benefits criminals.

So, how do you spot a credit card skimmer?

Gas pump ATM terminals are usually square, or rectangular shaped. Criminals must partially remove them to compromise them.

Gas station employees will place colored security stickers on the borders of the ATM terminal as a security measure.

If anyone tries to remove the ATM to compromise it then the security sticker seal will display a, “VOID OPEN,” message. 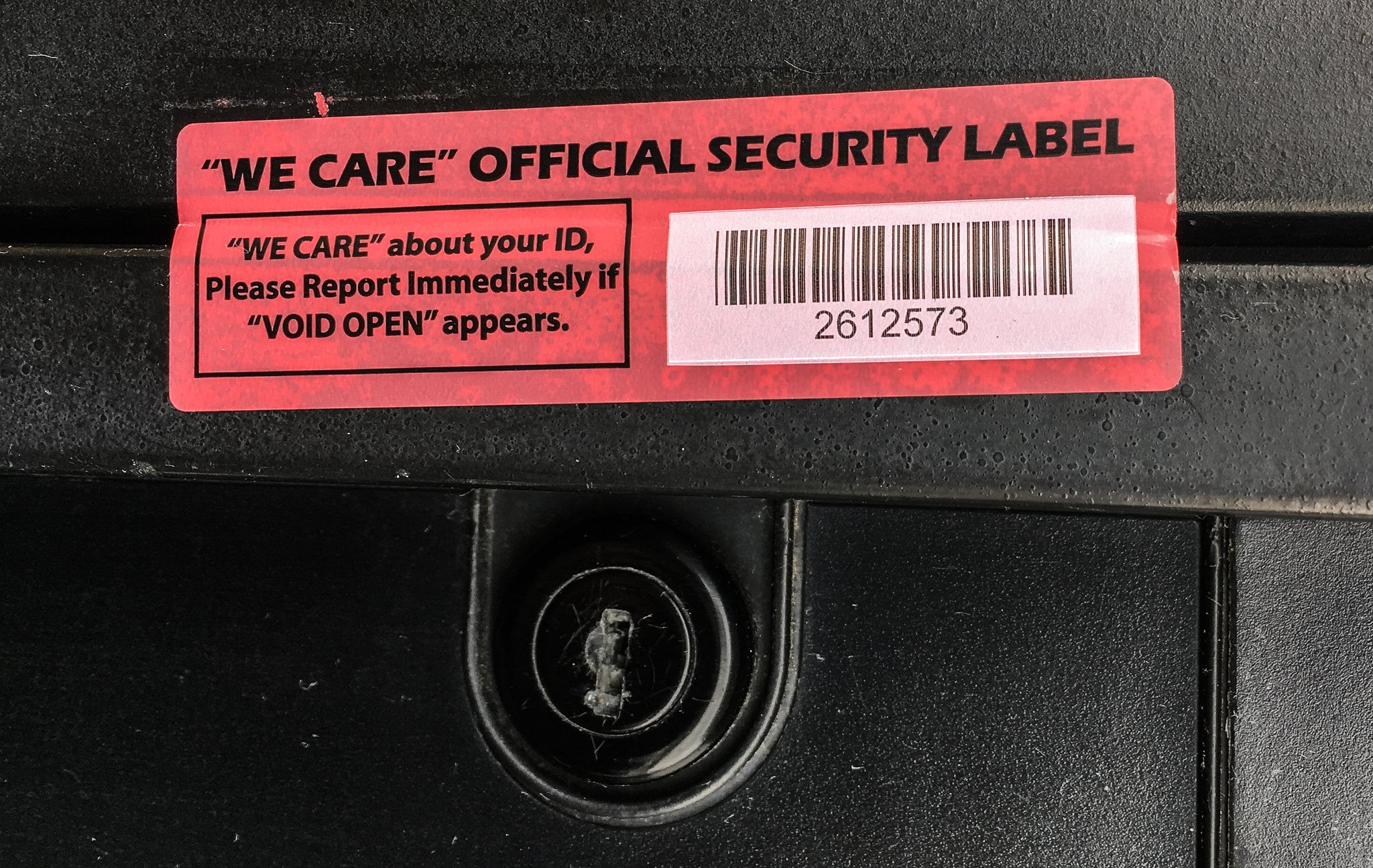 This means that someone tried to tamper with the ATM.

Don’t use any ATM outside of the visual range of a station clerk. Also, don’t patronize the sketchiest gas station in your neighborhood.

Don’t Be a Victim After the Fact

Check your credit report regularly. Unfortunately, most people only learn about credit card skimming fraud after the fact.

You may want to make use of specialized apps that send you One-Time-Only passwords. Many banks, credit card companies, and online payment services make use of one-time password features.

Every time you use a one-time password feature to access your card to pay for a service, an alpha-numeric or numeric code will be sent to your smart device as a temporary password.

This password will only be viable for a few minutes until you use it. Then, after you use it, it become void.

A new one-time password will be generated upon your next use of a card during a purchase.

It’s an added layer of protection that will give you an extra sense of security every time you pay for gas at a gas station.

You use ATMs often. Use your eyes and common sense. If anything looks wrong, pay for your gas in cash or find another station.

Six Reasons to Like Credit Karma, Quizzle and Credit Sesame

Are Credit Karma and LifeLock Safe? Their Recent Mobile App Vulnerabilities Should Concern You