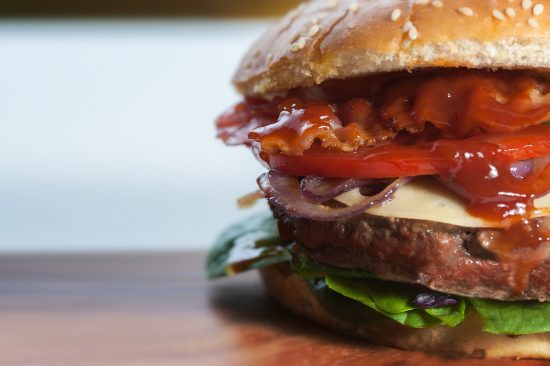 I love fast food. It is the only addiction that seems to be tolerated in modern society. In all seriousness, I should be a major shareholder of stocks in White Castle considering how much I have patronized them over the decades. I would give up state secrets for just one bite of a Wendy’s Cheddar’s Lovers Bacon Cheeseburger. It isn’t an addiction that I am proud of. A daily, 2,000 calorie consumption of fast food is much more affordable for most people to buy over their healthy counterparts.

Eating unhealthily is a worsening addiction that is costing Americans dearly. Over 36% of Americans are morbidly obese. Some experts think that percentage could rise significantly in the coming decades. Why should that matter to you? Because being obese can be fatal to your finances and health in the long run. If you are obese, then you will pay 42% more for medical treatments compared to someone of a normal weight.

Also consider that in the year 2000, over $11 billion was spent on medical treatments and services to help obese patients. According to data compiled by the Medical Expenditure Panel Survey, the medical costs to treat obese people increases incrementally every year. In 2005, it cost about $3,000 to medically treat an obese person. That cost increased to about $3,500 by 2010, an increase of over 14%. You may believe that such problems are only a worry in the long term, but time flies by fast.

Especially if you haven’t changed bad dietary behaviors. Like fast food addiction. Here are some unsavory facts about fast food that may persuade you to eat a little healthier. For the sake of your health and your wallet.

Ordering a salad at a fast food restaurant is like going to a liquor store to buy a health smoothie. A salad should be healthy, fibrous, and help aid in digestion. If it is topped with heaping helpings of animal meat protein, shredded cheese, bacon strips, and dressing, then you might as well order a large burger meal combo. Consider that the average Big Mac contains over 540 calories. Just the Big Mac itself.

You should just make a healthy salad at home or buy one from a health food market. The last place you should look for healthy salads is at a burger joint.

Chicken Nuggets Hardly Have Any Chicken Meat In Them

Cellulose is a filler ingredient that you can find in many products. Check the list of ingredients in your toothpaste and you should find it. Cellulose is just a fancy word for wood pulp. Many fast food restaurants add cellulose in their cheese to stretch out supplies. It is also found in the shredded cheese added to their, “healthy,” salads to aesthetically prevent the cheese strands from sticking to one another.

Think of the Financial Costs

Listen, I can’t tell you how to live your life. I love biting into a gooey bacon cheeseburger just as much as the next person. All I am saying is that you should limit your weekly fast food intake and consider healthier alternatives as much as possible. With every bite, you are just incrementally increasing your financial costs to deal with long-term health problems in the future.

Fasting Twice a Year Can Reboot Your Immune System

Is Inexpensive Food Making You Fat?

How to Prevent Food Poisoning