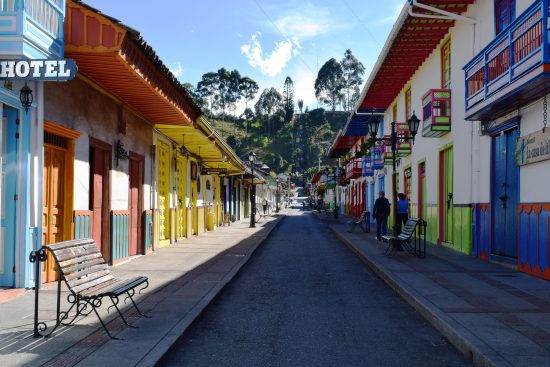 I love my job most of all when I am on vacation. That is one of my most favorite quotes about vacations. I like it because it focuses on the fact that vocations and vacations are inexplicably intertwined for most people. We can’t go on vacation unless we toil at a vocation for 50-weeks out of the year. Saving money to pay for a vacation that flies by too quickly. That’s the ironic thing about vacations. People go through so much trouble working and saving to go on one, then they essentially throw their money away.

The average vacation for a family of four is almost $5,000. Consider that over half of that estimate is used to pay for transportation costs mostly. Also consider that most people go on vacation for about two weeks. Some people go way over the average budget on accommodations and pay as much as $120-a-night for some upscale hotel rooms. Then they buy souvenirs they don’t want and will put in a drawer when they home. Or, waste money on tourist attractions that are more logistically tedious and exhausting to experience than exciting.

The point is that most of us only tally the cost of a vacation after the vacation has ended. If you take into consideration standard of living costs at your destination, and currency exchange rates, you can make a dollar last a lot longer while on vacation. It also helps if you are a lot more open-minded about where you spend your next vacation.

Colombia had a near indelible, 20th century reputation for drug-related chaos, political crisis, and kidnapping. That must be recognized. However, “had,” is the operative word in the first sentence of this paragraph. As with any country, times change. The 20th century drug war stigma of Colombia doesn’t exist anymore. In the 21st century, Colombia has culturally reimagined itself as the international tourist hotspot for cuisine, art, and history.

In particular, Colombia is making a name for itself in the area of environmentally sustainable eco-tourism. You can visit the largest palm tree forest in planet Earth located in the Valle de Cocora. In the city of La Candelaria, an official edict officially decriminalized graffiti while also encouraging street artists to create graffiti as a part of cultural expression. You should visit and take a day tour to experience some of the amazing street art.

Indonesia has over 13,400 islands. It also has a internationally known reputation for having an idyllic, conservative and spiritual culture along with adventurous and hedonistic hot spots. The country is also the cheapest and most financially beneficial country for tourists to visit relative to currency exchange rates. You can still appreciate traces of the country’s history as a former Dutch colony juxtaposed with its present, and future, as one of the most interesting places to visit in Asia.

Be sure to visit the city of Bandung on the island of Java. Sometimes referred to as the, “Paris of the East,” it has cooler weather due to its elevation and picturesque Art Deco architecture.

If you’re like most people, you only get two weeks out of the year for vacation. Plan ahead and budget accordingly. If you’re going to all the trouble to work to save up for it, why not make every dollar last as long as possible when traveling?

Vacationing on a Dime: Camping With the Family

How to Save Money on a Hawaiian Vacation

The 7 Most Forgotten Items at Hotels