Do You Really Need a Car? Probably Not 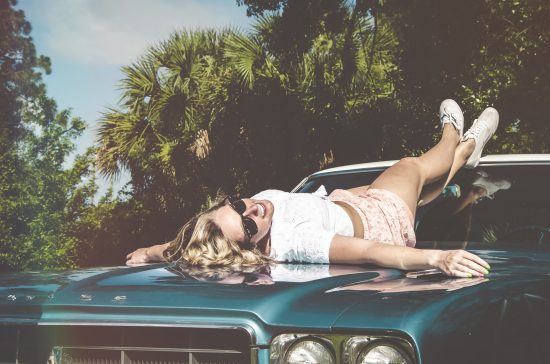 I know people who conflate owning a car with an identity. After all, a car is a status symbol. Some people consider how friends, people they are attracted to, neighbors, and strangers will look at them depending on the type of car they drive. By some estimates, there are over 1 billion cars on a planet with over 7 billion people. There might be over 250 million registered cars in the United States.

But Do You Really Need a Car?

My question is: does everyone need a car? Are there one billion people on Earth right now who need to have a car? I don’t mean if you have a family, live in a suburb, or require a car for work. Having a car in such situations is a necessity. What I am talking about is the reason that cities like New York City, Miami, Los Angeles, and other international cities, are notorious for traffic congestion.

It seems like there are too many people in cars in a hurry to go nowhere. People get in their cars to go to a supermarket that is blocks away. Too many people have cars for the status. Many people can barely afford it. Over 107 million Americans have car loans and they are in debt. Over 6 million Americans are over 90 days behind on their car loans that average about $30,000. Meanwhile, the average price of a new car is about $36,000.

This isn’t a diatribe against the right to own a car. The point is that many people bankrupt themselves to own a car just for the sense of status.

Car Ownership as a Lifestyle Choice

I had a relative who was obsessed with his car. He drove it to work sometimes, but then began using mass transit to save on gasoline. We don’t choose our relatives is a fine saying, because he was sometimes hard to get along with. He regularly would beg family members for $10 or $20 to fill his gas tank up. Taking mass transit full-time just seemed like a humiliation to him. He established himself as a car driver.

Unbeknownst to his family, he had gotten far behind in his car payments. The car was repossessed, and it become a sore subject not to be discussed. It is not a mark of shame, not anything to be depressed about, but he acted otherwise. A friend of mine once remarked to me that the only thing harder than not having a car in New York City is having a car.

A car that is driven over 15,000 miles every year incurs about $8,500 in related costs to operate every year. That amounts to over $85,000 over a decade. This is just an estimate, since depending on the model, a car can lose up to 30% of its value within the first year of ownership. Considering such, the costs of ownership can end being a lot more than $8,500-a-year. If you are spending more than 20% of your salary on car-related costs, you are spending too much.

Even if you want to buy a used car, you need to know the history of the vehicle’s service history, odometer readings, etc. EpicVIN will help potential buyers find out the exact history of their dream vehicle.

A New Era of Fewer Cars?

It not my intention to tell you to give up your car. Do you really need a car? For many people, the answer is no. We should all assess whether the desire to drive a car ultimately outweighs the need or ability to pay for it. Car registrations in the United States have decreased by over 10%. Some experts believe that with the rise of ride-hailing services, and autonomous cars, less people will drive in the future.

Do you think everyone needs a car? Share your thoughts in the comments below.