As most people know, the federal tax code underwent a few dramatic changes at the end of 2017. The changes took effect starting in 2018 and can have a large impact on some people’s retirement plans.

Millions of people now depend upon their 401(k) plans and IRAs for a secure retirement. These retirement vehicles have been fantastic for so many people over the years and have allowed millions to defer taxes and let their savings grow tax-free. But what some don’t expect is that they will be forced to eventually withdraw their money from these plans and pay the full federal and state income tax rate on the withdrawals. These forced withdrawals are called Required Minimum Distributions (RMDs).

When a person turns 71 ½ they will be forced to begin withdrawing money from their 401(k)s and IRAs.  The reason is that the government wants us to pay taxes eventually on this money. By forcing us to begin withdrawing the funds, they also force us to pay income taxes on the savings. As an example of how large these forced withdrawals can be, a 75 year old with $1 million in an IRA will be forced to withdrawn nearly $40,000 and pay taxes on that entire amount as if it were income.

Because these withdrawals are taxed at income tax rates, the lowering of federal income taxes across the board should in theory help most people’s retirement plans if they own a 401(k) or an IRA. Let’s put this to the test. I used a really detailed and comprehensive financial and retirement planning application called WealthTrace to run a sample case study. I looked at a couple that is 62 years old. They have $1.2 million saved into their IRAs currently. They plan on retiring in one year. They also plan on spending $65,000 a year when they retire. Currently they have 60% of their money in stocks and 40% in U.S. Treasury bonds. I assumed a straight 5.2% annual rate of return for their overall portfolio.

I first look at their retirement plan using the old tax laws. I found that they will have about $1.2 million when they retire and a little over $900,000 at the end of their life (assumed to be 85). 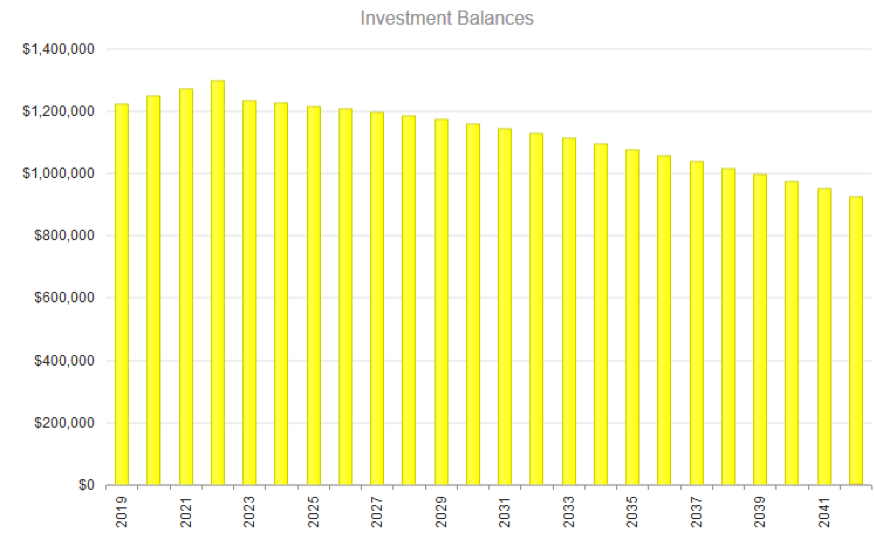 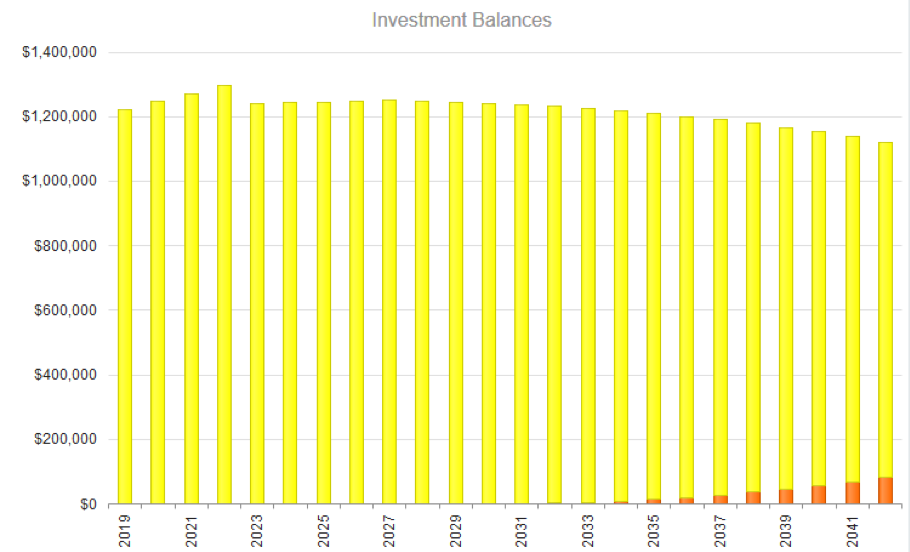 Risks to the Tax Changes

As we all know, tax laws can be altered at any time. Even worse for this law, it is set to expire in 2024. Unless it is renewed, most of us will see our tax rates jump back up to where they were before 2018. The standard deduction would also revert back to it’s previous, lower level (but would be adjusted for inflation).

It is not easy to plan for taxes since we never know where they will in future years. That’s why it is best to run multiple scenarios with different tax rates on a retirement plan. It is also wise to have a large safety buffer in retirement for unexpected expenses, including increased taxes.