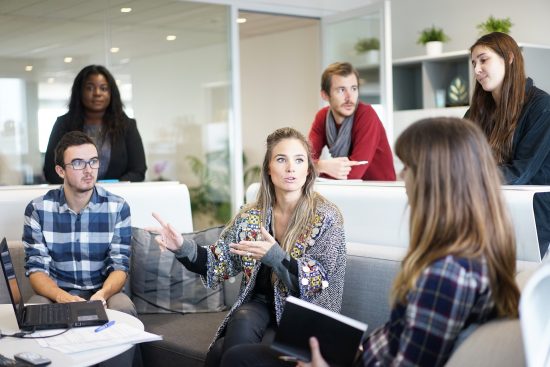 A friend of mine, someone of advanced age, recently asked me to explain the concept of crowdfunding to them. I struggled for a moment. It is not always easy to explain something that you understand well until you are called upon to explain it. Especially to people who believe that the only secure way to raise money for a business endeavor is to save for it or apply for a traditional bank loan.

Crowdfunding is the online fundraising tactic to solicit capital from people online, through social media, to raise money to start a business, realize an idea, or build the prototype of an idea to launch a business. Essentially, you present an idea and business plan as an online proof-of-concept testimonial. Then you try to coax and convince people on social media, large numbers of people who may donate tens or hundreds of dollars each, to collectively fund your dream.

Crowdfunding Tips for Your Business

In the 21st century, crowdfunding has become the preferred business fundraising strategy with the advent of social media and the internet. Still, nothing in life is ever that easy. Specifically, there is no such thing as easy money. On a global scale, a crowdfunding initiative has a 50/50 success rate. Also, a crowdfunding team raises almost 40% more money than an individual.

Crowdfunding business initiatives have raised over $17 billion in the United States in 2017. So, they can be successful. However, there are methods to the madness that must be followed to ensure success. A crowdfunding initiative within itself is no guarantee of success.

The 21st-century human being has a short attention span and wants to know why they should financially support your business endeavor as quickly as possible. Like most potential investors, no one wants to be first in the pool. People are 22% more likely to donate if they see that you have raised over 40% of required funds already.

Over 15% of all crowdfunding donations are sent via a mobile smart device, so design your messaging accordingly. People between the ages of 25 and 35, or Millennials, are much more likely to participate in crowdfunding than people over the age of 45. Also, constant and maintained social media outreach is the key to success. Your chances of success increases by 40% for every 1,000 friends or shares associated with your crowdfunding that occurs.